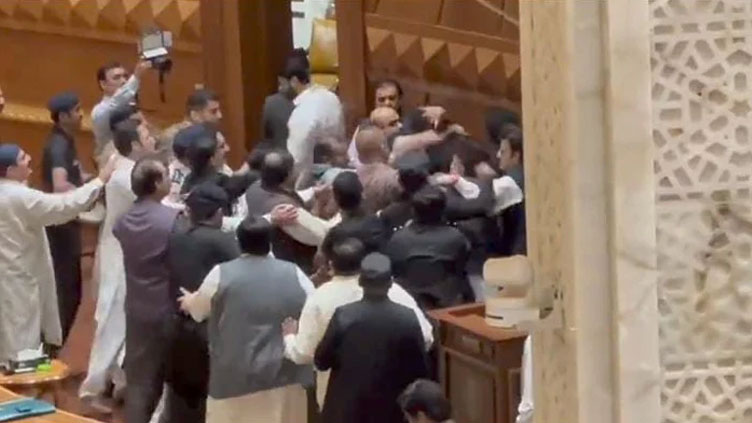 According to the details, the Sessions Court have ordered the police department to submit their reply by April 29 on the application regarding the registration of the case.

The police representative, on the court orders, replied that they have not received the copy of the petition.

The lawyer of the petitioner replied to the police official’s stance and stated that they have attached the complete copy of application to the police.

The Pakistan Muslim League-Quaid (PML-Q) leader Chaudhry Pervaiz Elahi had filed a petition against the violence that took place in the Punjab Assembly.

Earlier, Speaker of Punjab Assembly Chaudhry Pervaiz Elahi had approached the sessions court over the matter of police not filing a case on the speaker’s appeal.

The PML-Q leader had earlier filed an appeal in the Sessions Court against Pakistan Muslim League-Nawaz (PMl-N) Members of the Provincial Assembly (MPA) and 200 unidentified people.

The appeal further states that the victim filed a complaint in the concerned police station but the police did not take any action.

It merits mention here that before the filing of the petition the Speaker Punjab Assembly submitted a request in police station to lodge FIR on the incident of violence in the House. He also termed the election of Hamza Shehbaz as fake and said that election of Chief Minister was not in accordance with the constitution.

He was accompanied by a large number of members of the Assembly. He also applied for registration of the case in the Punjab Assembly.

Chaudhry Pervaiz Elahi, who was injured in the commotion in the assembly after the election of Hamza Shehbaz as the Chief Minister of Punjab, said that all gathered at the behest of Rana Mashhood.

My arm was broken, I regained consciousness after half an hour, he added.

The PLM-Q leader said they were ordered to kill me, the Chief Secretary, Commissioner, DC were monitoring the whole process themselves.

Mr. Elahi gave his stance in the matter exclaiming that the session was illegal.

We are not saying that the courts should open for us at midnight. We want justice in broad daylight, he added.

According to Pervaiz Elahi’s statement, the DIG Operations himself was involved in the beating, and FIR has been filed by them.

Chaudhry Pervaiz Elahi said that this election was not held in accordance with the constitution, adding that I will be in the Custodian House from tomorrow.

The Speaker Punjab Assembly utterly denied Hamza Shehbaz’s election as the CM Punjab, as he believes the whole process to be not in accordance with the law and constitution.

The PML-Q leader questioned that how to issue a notification when nothing has happened?

There can be no conduct of courts inside the assembly, Hamza Shehbaz’s election is fake, said Mr. Elahi.