IMF mission due in May for technical discussion: Miftah 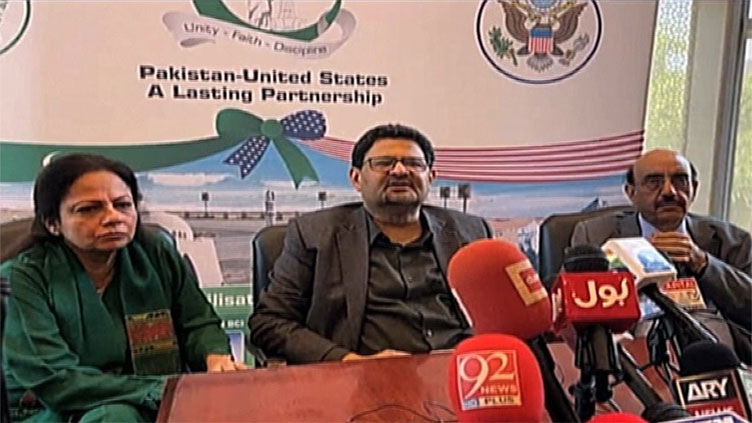 IMF mission due in May for technical discussion: Miftah

Miftah said the incumbent government would fulfill all commitments made by the previous governments.

ISLAMABAD (Dunya News) - Federal Minister for Finance and Revenue, Miftah Ismail said Sunday that the International Monetary Fund (IMF) had agreed to send its mission to Pakistan in middle of May 2022 for continuation of Extended Fund Facility (EFF) programme.

Addressing a press conference in Washington, the federal minister said that he and his team had very good discussion with the fund, the World Bank and IFC. He said, when the IMF mission arrives in Pakistan, the government would try to have expedited staff level agreement with it.

When agreement is reached, we would look forward receive another tranche under the EFF, he said adding that the fund had also been requested, which it agreed, to extend this program for another year. However, he added these details would be sorted out when the fund mission reaches Pakistan.

He said, the IMF had also been requested to enhance the funding available to Pakistan from $6 billion to more.

He said the cut in development expenditures would not have effect on ongoing projects saying that the previous government had allocated Rs900 billion for the program which was then cut to Rs700 billion while so far only Rs450 billion were utilized.

We are responsible to commitments made with IMF, the loans taken by previous government and the China Pakistan Economic Corridor (CPEC) commitment. We are not stepping back from the commitment, he resolved.

He said, Pakistan had never defaulted in last 70 years and will not default in future too. He however added that this there had been excessive budget deficits, which led to increase in debts.

He said, the incumbent government would try its best to reduce debts by enhancing overall GDP, adding that if national income increases and debts were not increasing with that pace, it would definitely reduce debt burden.

To a question, he said, the ‘Langar khanas’ were run by Salani group in previous government and it would be facilitated to continue the job.

Likewise, he said, the social protection programmes, which he said were launched before the PTI government, would continue.

To a question, he said that Pakistan cannot afford subsidy on petroleum products as it was given to all people irrespective of their incomes. Secondly, the pocket of the national exchequer does not allow to continue this subsidy.

To another question on budget, the minister assured that when the incumbent government leaves the office, it would leave reserves over the existing level of $10.8 billion, with more GDP growth over existing 4 percent and would definitely reduce inflation

He said that the coalition government had support of people and had majority in the parliament.