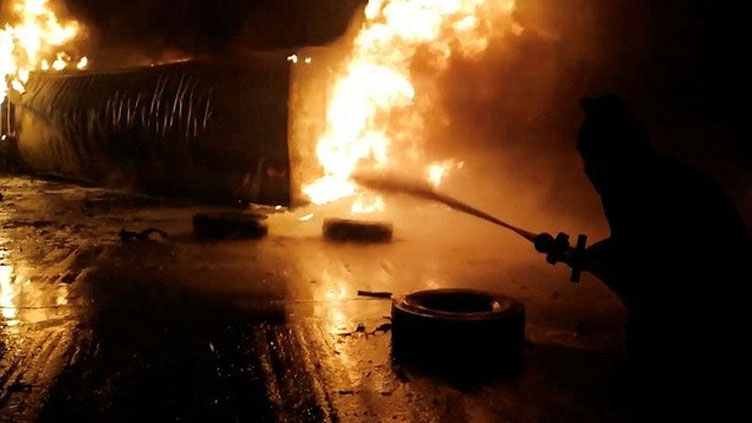 DADU (Dunya News) – The police department has taken action against seven of their officials over the case of stealing the relief supplies from the people effected by the fire, Dunya News reported on Friday.

According to the Senior Superintendent of Police (SSP), the involved persons have been suspended from duty for taking the relief funds of the effected people.

According to details, the video of the police officials got viral on social media in which it can be seen clearly that they were taking the relief supplies of the fire effected people.

According to details, all the homes in village Faiz Muhammad in Tehsil Mehar were gutted in the massive fire while many homes in a nearby village Saleh Machi were also destroyed.

Fire also broke out after the dust storm in Tehsil Khairpur Nathan Shah which engulfed over 100 homes in village Faiz Muhammad Chandio due to which four children were burnt alive and several other persons were wounded.