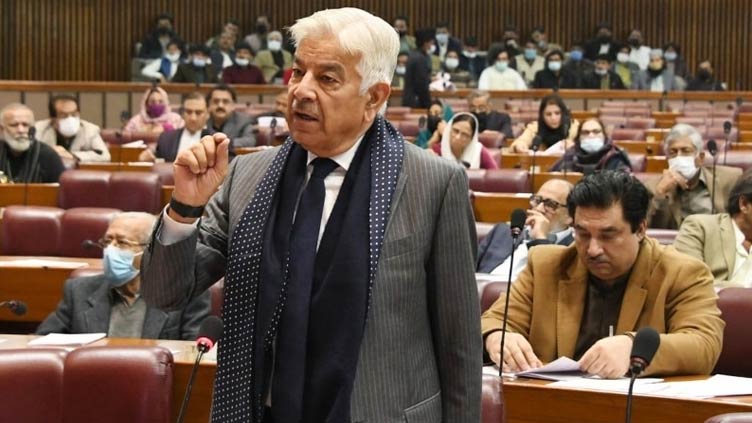 ISLAMABAD (Dunya News) – Pakistan Muslim League (PML-N) leader Khawaja Asif on Monday said that the incumbent coalition government was fully cognizant of grievance of the Balochistan’s people adding that we have to resolve their issues in order to remove sense of deprivation of the people.

Speaking on a point of order in the National Assembly, he urged the members of Balochistan National Party Mengal (BNP-M) to raise voice for the rights of Baloch people and never abandon this platform for addressing longstanding issues of the people of the province.

He regretted that the provincial assembly was not playing its due role to address grievances of the people of the province. Gawadar port was made operationalized during PML-N tenure but unfortunately, its benefits could not be trickled down to the masses, he added. He said Balochi people were our brother and the government would fulfill its responsibility.

Coming hard on the previous Pakistan Tehreek-e-Insaf (PTI) government, Asif said the PTI government caused devastation to the country during its tenure. PTI government pushed the country towards verge of bankruptcy and cronies of former prime minister Imran Khan have become billionaires by plundering national wealth, he added.

He regretted that the PTI was instigating unrest and violence in the country. The PTI wanted anarchy in the country, he added. Asif said gigantic issues including inflation are confronted to the coalition government.

However, he said time and peace were required to deal with such challenges.