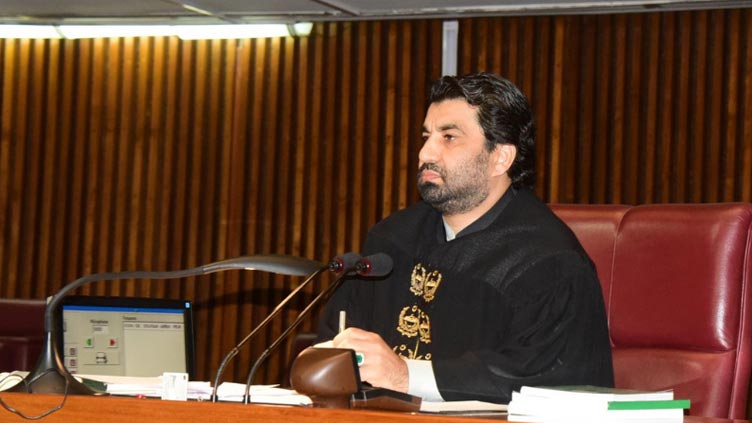 No-confidence motion against NA Deputy Speaker was submitted on April 8.

ISLAMABAD (Dunya News) – Deputy Speaker of National Assembly Qasim Suri has resigned from the post hours before voting on no-confidence motion against him.

NA was scheduled to meet today with voting on no-trust motion against Deputy Speaker on agenda.

According to the resolution, the deputy speaker had "repeatedly violated the rules, parliamentary practices, democratic norms and traditions, and even Constitutional provisions and when presiding over the House, failed to conduct proceedings in an orderly manner to enable productive debate on issues of public importance".

Meanwhile, Pakistan Peoples’ Party (PPP) leader Raja Pervaiz Ashraf Raja Pervaiz Ashraf will also take oath as National Assembly speaker today after he was elected unopposed as he was the only candidate who filed the nomination papers for the top assembly slot.

The NA speaker’s office fell vacant on April 9 when PTI’s Asad Qaiser resigned, stating that he cannot hold voting on the no-confidence against the then prime minister Imran Khan which was a part of a “foreign conspiracy” against the PTI government. Qaiser then handed over the chair to PML-N’s Ayaz Sadiq, who supervised the process.