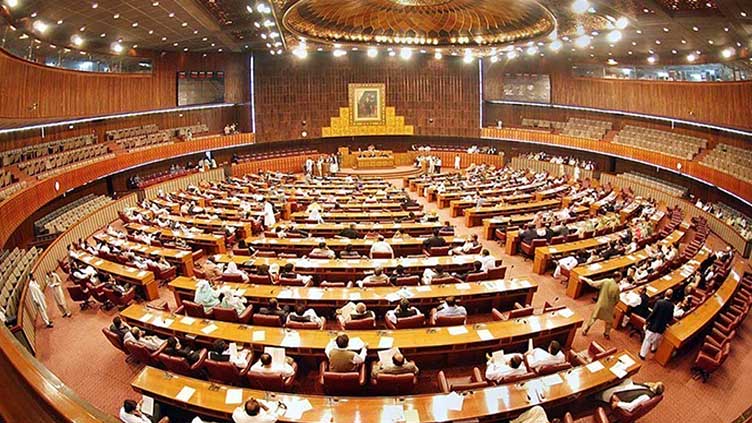 The NA session has been convened after the SC issued verdict against rejection of no-trust motion.

ISLAMABAD (Dunya News) – The National Assembly session has been convened on Saturday to conduct voting on no-confidence motion against Prime Minister Imran Khan.

According to “Orders of the Day” released by the National Assembly, the key session will begin with recitation of Quran, naat and national anthem.

Later, MNA Faheem Khan will invite attention of the Minister for Defence regarding non-payment of salaries to the Councilors in Cantonment Boards of the country, which is causing grave concern amongst the public.

After that, voting on the no-confidence motion moved by Leader of the Opposition Muhammad Shehbaz Sharif against Prime Minister Imran Khan will be held.

The opposition says it has more than 172 votes in the 342-seat assembly, which needs a quarter of members present for a quorum.

Saturday’s vote will cap a dramatic week during which the Deputy Speaker of the National Assembly sidestepped an initial no-confidence vote before getting the president to dissolve parliament and call fresh elections.

But the Supreme Court Thursday ruled all his actions illegal, and said the national assembly -- where Khan has lost his majority -- must decide his fate.

The court s judgement was broader than expected after the chief justice said earlier this week the bench would only rule on the legality of the initial no-confidence motion being blocked.