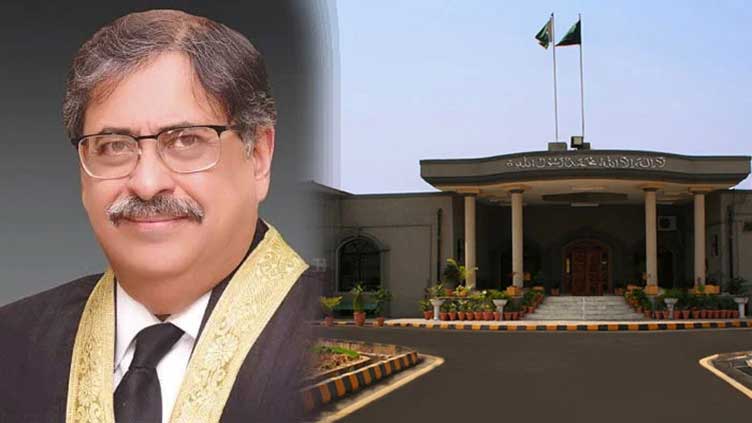 The verdict was announced by IHC CJ Athar Minallah.

The verdict was announced by IHC Chief Justice Athar Minallah on a petition submitted by the Pakistan Federal Union of Journalists.

In his order, the IHC CJ stated that freedom of expression is a fundamental right and it reinforces all other rights guaranteed under the Constitution of the Islamic Republic of Pakistan, 1973.

“Free speech protected under Article 19 and the right to receive information under Article 19-A of the Constitution are essential for development, progress and prosperity of a society and suppression thereof is unconstitutional and contrary to the democratic values.”

“The criminalization of defamation, protection of individual reputations through arrest and imprisonment and the resultant chilling effect violates the letter of the Constitution and the invalidity thereof is beyond reasonable doubt,” IHC Chief Justice Athar Minallah remarked.

The court further stated that the Prevention of Electronic Crimes (Amendment) Ordinance, 2022 was promulgated in derogation of the Constitution and the fundamental rights guaranteed thereunder, particularly Articles 9, 14, 19 and 19-A.

“The Prevention of Electronic Crimes (Amendment) Ordinance, 2022 and promulgation thereof is declared as unconstitutional, invalid beyond reasonable doubt and it is, therefore, struck down,” the high court ordered.

The court said the proceedings against the petitioners in the connected petitions are consequently a nullity and thus quashed. However, the aggrieved complainants would be at liberty to avail the remedies provided under the respective laws in the context of defamation.

The Islamabad High Court asked the Federal Government to review the defamation laws, particularly the Defamation Ordinance, 2002 and thereafter propose appropriate legislation to the Majlis-e-Shoora (Parliament) for making its implementation effective.

The court stated that the Secretary, Ministry of Interior, Government of Pakistan shall probe into the conduct of officials of the Cyber Crime Wing of Federal Investigation Agency, which had led to widespread abuse of powers and the consequent grave violations of fundamental rights of the citizens.

The court also ordered the Secretary, Ministry of Interior to conclude the probe within thirty days from the date of receiving a certified copy of the order and inform the Registrar regarding action taken against the delinquent officials.