Pakistan's political crisis: What happens next? 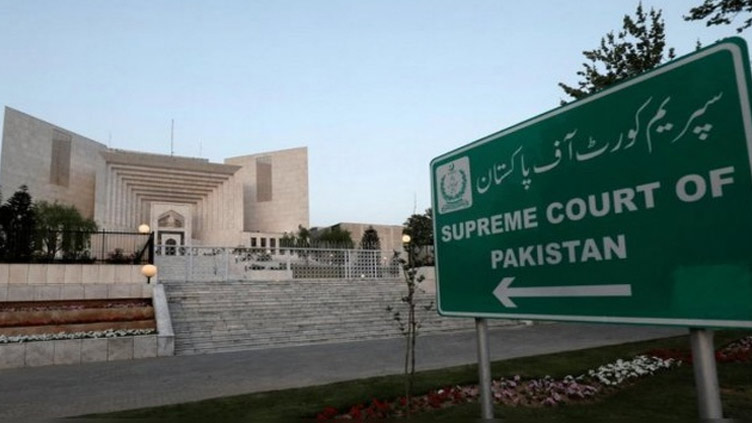 Pakistan's political crisis: What happens next?

ISLAMABAD (AFP) - Pakistan’s supreme court is meeting for the third time Wednesday to rule on the legality of political maneuvers that led Prime Minister Imran Khan to dissolve the national assembly over the weekend and call for fresh elections.

The court says it will only rule on whether the deputy speaker acted against the constitution in refusing to allow a vote on a no-confidence motion against Khan -- although that would affect the dissolution of the assembly.

It also won’t consider the alleged "foreign conspiracy" that Khan says the opposition joined to unseat him.

So what are the possible court rulings, and what would be the consequences?

‘It’s not our business’

The court could decide that the national assembly is responsible for its own rules and regulations, and the refusal of the deputy speaker -- a Khan loyalist -- to hold a vote is a matter for lawmakers to settle.

However, some legal analysts argue it is an issue for the court -- according to the constitution, the prime minister cannot ask the president to dissolve the assembly if a no-confidence vote is pending.

Still, the court could decide the decision to refuse the vote effectively meant the matter was no longer pending, sending the issue back to the assembly -- which would mean the dissolution likely stands.

In this case the ruling would effectively nullify the subsequent decision to dissolve parliament, so lawmakers could be ordered to reconvene and Khan would almost certainly be booted out of office.

There is precedent, however.

In 1988, Muhammad Khan Junejo appealed to the court after the assembly was dissolved by then-president General Zia-ul-Haq, who had taken power in a military coup years earlier.

It agreed his government had been dissolved unconstitutionally, but ruled that since elections had been announced anyway it was best to move on.

No date has been set for elections in the current crisis, but a similar ruling could emerge.

Also, in 1993, the court ruled president Ghulam Ishaq Khan had illegally dissolved the assembly -- then with Nawaz Sharif as prime minister.

Although the government resumed business, it lasted less than two months before being dissolved again.

If the court rules nothing untoward happened, it seems likely all subsequent actions would also stand and Pakistan would go to polls within 90 days.

The rancour and bitterness the issue has unearthed means, however, that the country faces more political uncertainty.

Past elections have been violent, messy affairs, and a campaign season beginning during the fasting month of Ramadan and continuing through the hottest period of the year will fray nerves and raise tensions.

No appeals against our decision

The Supreme Court has received a slew of petitions and countersuits on the saga.

But it said it was taking the case "suo motu", meaning on its own account.

The Supreme Court is ostensibly independent, but rights activists say previous benches have been used by civilian and military administrations to do their bidding throughout Pakistan’s history.

No ruling will please all parties, but as the highest court in the land it would also be responsible for hearing any possible appeals against its own ruling.

That seems unlikely, however, and a definitive decision will likely see a return to status quo and another round of political squabbling.

By law, an election must be held before October 2023.