Tareen group divided ahead of vote for Punjab CM slot 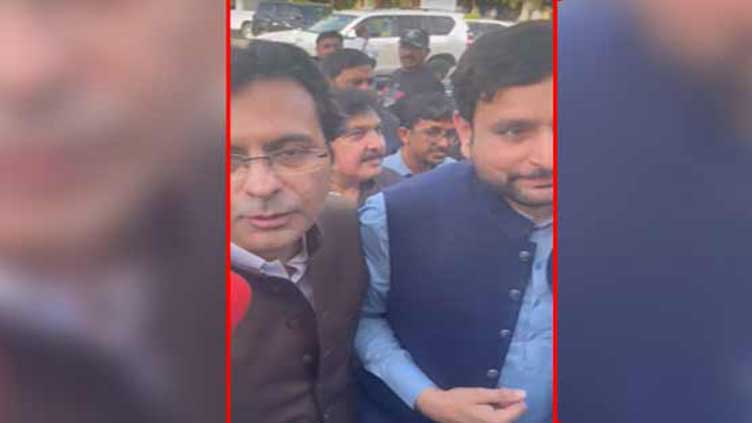 Tareen group divided ahead of vote for Punjab CM slot

There are more people to bring, I'm going to get them, says Moonis Elahi.

It may be recalled that during a press conference with Hamza Shehbaz the leader of Tareen group Nauman Langrial announced to support him for chief ministership.

As per the new political developments Moonis Elahi, the son of Pakistan Muslim League-Q (PMLQ) leader Chaudhry Pervaiz Elahi, was said to be accompanied by three leaders of Tareen group Abdul Hayi Dasti, Rafaqat Gilani and Amir Muhammad Khan in his car.

A journalist questioned Moonis Elahi that is he also a part of the ongoing horse trading? He replied saying that it should be known that he has no involvement in any of that.

While the journalist also asked Moonis Elahi that where he is headed now.

There are more people to bring, I’m going to get them, replied Moonis Elahi.

On the other hand, differences within the Tareen group began to grow as members in the group sided with the opposition. Three more members of Tareen group have contacted Moonis Elahi, therefore he expressed that to get the support of more members and bring it before the media.

While the Chief Minister-designate Chaudhry Pervaiz Elahi also intensified contacts with the members.