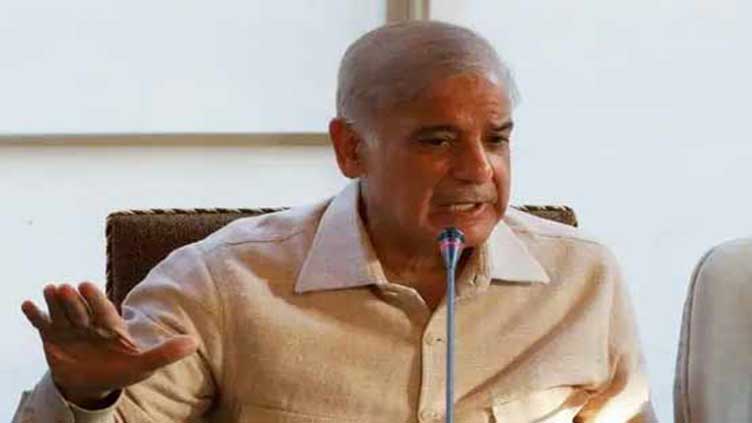 Not showing the letter means no letter, says Shehbaz.

ISLAMABAD (Dunya News) – The President of Pakistan Muslim League-Nawaz (PMLN) Shehbaz Sharif on Thursday while calling the Prime Minister a security risk for the country said that Imran Khan has put Pakistan on the target to save his position.

Responding to PM Imran Khan’s recent address to the nation, Leader of the Opposition Shehbaz Sharif mocked the PM saying that if the address was over then he should focus on getting 172 members.

He brutally criticized the Prime Minister expressing that his corruption, and incompetence have wreaked the country economically, socially and internationally.

Imran Niazi’s speeches should be banned, he exclaimed.

The PMLN leader explained that the Prime Minister should be banned from delivering speeches as he is causing serious damage to the country’s international relations.

He further said that till today’s address the letter has not been shown to the people and parliament.

The PMLN leader also mention regarding the letter that up till now the contents of the said letter are being shared but not showing the letter indicates that there isn’t any letter.

Not showing the letter means no letter, he said.

while the PMLN leader also said that the people have rejected Imran Khan and his every lie.