We want to save nation from illegitimate government: Fazl 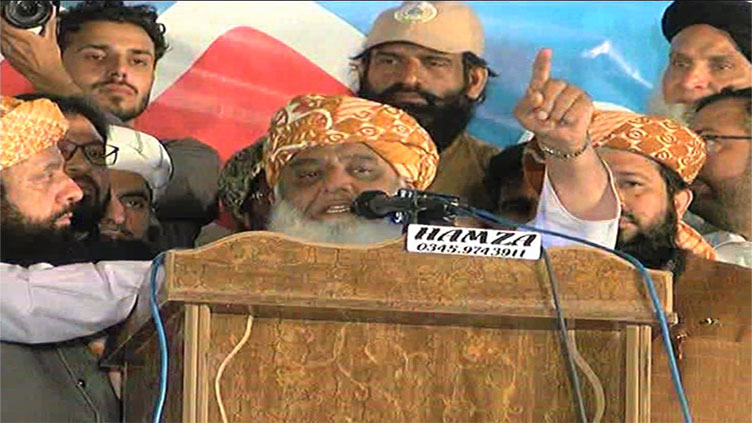 We want to save nation from illegitimate government: Fazl

Fazlur Rehman went on to say that Imran Khan has been trapped in the foreign funding case.

In his address to the participants of long march of Pakistan Democratic Movement (PDM) in Islamabad in the wee hours of Tuesday, Maualna Fazlur Rehman said that this nation will not accept anyone s slavery and added that our goal is to strengthen the institutions of Pakistan.

Fazlur Rehman said that we started the long march to oust illegitimate and incompetent rulers and added that no-confidence motion has been tabled against Prime Minister in the National Assembly.

Fazlur Rehman went on to say that Imran Khan has been trapped in the foreign funding case and his government days are numbered. He lso demanded that the names of Imran Khan and his loyalists should be added to the Exit Control List (ECL).