Rising inflation has affected every household in country: Shahbaz 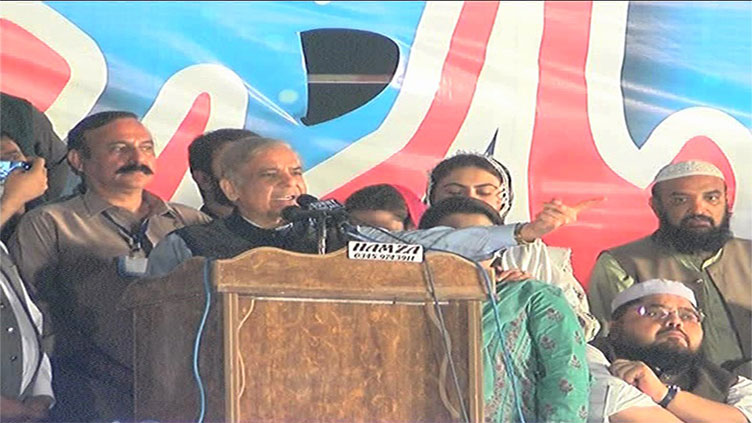 Rising inflation has affected every household in country: Shahbaz

Shahbaz said selected PM does not have the capabilities to resolve the issues faced by the public.

Addressing Pakistan Democratic Movement (PDM) Mehngai march in the federal capital in the wee hours of Tuesday, he said that prices of all basic commodities and medicine prices are increasing, it is unacceptable for the government to talk about “Riasat-e-Madina” in these circumstances.

He said that such disastrous inflation which people are facing in PTI government has never been seen before. Price hike has devastated every home and even one time meal is not available to the poor masse due to inflation.

He went on to say that those who talked about the “Riasat-e-Madina” spread corruption and wasted the national resources. Are the empty pockets of the poor the result of international conspiracy, he asked.

Lashing out at PM Imran Khan, the opposition leader said that no one thinks of lying and taking u-turns in a welfare state. He said that the selected PM does not have the capabilities to resolve the issues faced by the public.