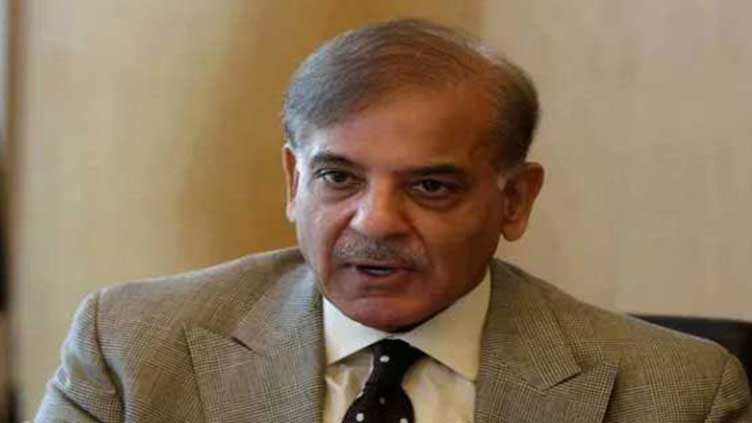 Mehangai March will free people from daily inflation, he said.

LAHORE (Dunya News) – The President of Pakistan Muslim League-Nawaz (PMLN) Shehbaz Sharif on Saturday urged the public to join Maryam Nawaz and Hamza Shehbaz in the Mehangai March and get rid of the tyrannical government.

Appealing to the people to participate in the Mehangai March, he said that on the call of PMLN leader Nawaz Sharif, all should leave their homes and give a final push to those who are inflicting the torment of inflation, go out with Maryam Nawaz and Hamza Shehbaz and get rid of the tyrannical government.

Mehangai March will free people from daily inflation, he said.

The League President said that the people should know that their right has been eroded by the present corrupt incompetent ruler, adding that let people come out of their houses and prove to the false rulers that their tricks will not work anymore.

Inflation is true, corruption is true, incompetence is true, and people should leave their homes for this truth, added PMLN leader.

Shehbaz Sharif further urged the public to join opposition’s march against inflation mentioning that the government has been lying to them for more than three years and now the people are being misled with new lies.

He said that, now new lies are being told. People should reject it. Corrupt ruler is misleading people for his sinking politics.

Shehbaz Sharif further expressed that people should give government the message that they reject both inflation and the government that brought it by participation in the Mehangai March.