Incompetent rulers will be send back home: PDM Leaders 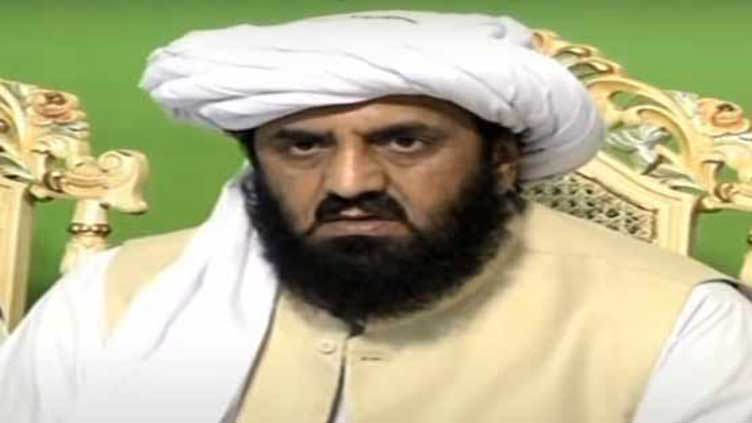 Incompetent rulers will be send back home: PDM Leaders

PDM leader Hafiz Hamdullah said that March will be against inflation and undemocratic government.

ISLAMABAD (Dunya News) - The Leaders of Pakistan Democratic Movement (PDM) on Thursday while criticizing the government termed u-tunes to be another form of lies and said that there is contradiction in the words and deeds of those who speak of the state of Medina. The incompetent rulers will be sent home after we reach Islamabad.

In a press conference with Tariq Fazal Chaudhry, PDM leader Hafiz Hamdullah in Islamabad said that March will be against inflation and undemocratic government. Four months ago, on March 23, the inflation march was announced. Inflation march could not be held on March 23 due to OIC conference.

The conference is over, the caravans will leave from March 26 onwards, he added.

He criticized Prime Minister Imran Khan and called him the enemy of economy.

CPEC was a mega project, Hafiz Hamdullah went on saying.

He also put up accusations that a deal over Kashmir was made with foreign leadership, while stating that Imran Khan is just pretending  to be against America.

Kashmir was sold to Narendra Modi. He is deceiving the people to be against America. You handed over Kashmir to Modi at the request of Trump, said Hafiz Hamdullah.

While responding to a statement of the PM he mentioned that the Prime Minister said that the competition is between truth and falsehood. Imran Khan himself said that the leader takes u-turn. The purpose of taking a u-turn is to lie. Breaking a promise, cheating, lying, abusing is a sign of a hypocrite.

The state of Medina and it cannot go together, he added.

Talking about the march the PDM leader stated that on March 28, all the convoys would gather on the Srinagar Highway. On this day, the PDM leadership will announce the next course of action.

He further explained that on March 26, the caravan of Khyber Pakhtunkhwa will reach Hakla Interchange at 6 pm. There will also be a power show at G-9 in Srinagar on March 27.

Dr. Tariq Fazal Chaudhry mocked the PM that he should show sportsmanship.

The main attribute of a good athlete is sportsmanship. Using foul language for opponents means that you have lost the match. Compete like a sportsman, he said.

While talking about the march he further said that arrangements have been completed. The management has also been informed about the March 28 rally. March 28 will be the largest gathering in history on the Srinagar Highway.

Everyone will know whose rally will be bigger, said Dr. Tariq Fazal Chaudhry.