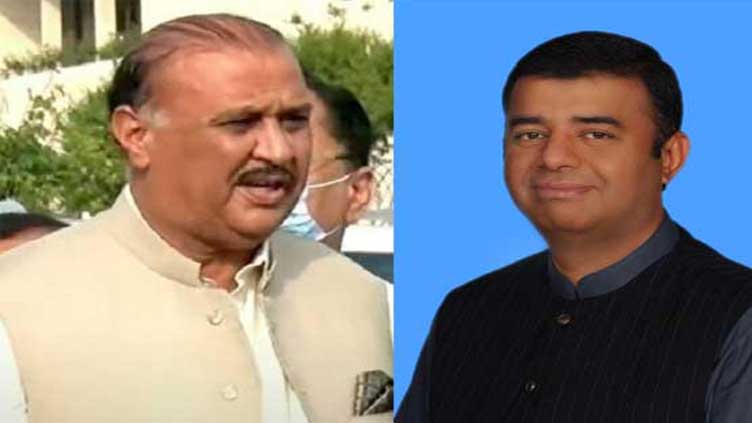 ISLAMABAD (Dunya News) - Dissident Pakistan Tehreek-e-Insaf (PTI) leader Raja Riaz said that we don’t have any personal enmity with Imran Khan rather we have differences regarding policies.

The aggrieved PTI MNA, in an interview with a private channel, has said that six months ago I have apprised Prime Minister (PM) Imran Khan about the seat of DC and AC in Punjab being sold.

Raja Riaz said that I swear that I didn’t took a single penny.

“Imran Khan has no card to play, Khan didn’t listen to us and now he humiliated us. Two of his ministers also want to join us but for now no room could be created for them,” Riaz said.

Raja Riaz made a claim that currently there are 27 MNAs who are aggrieved.

“There are 27 members with us, Maulana Fazl also has two to three MNAs with him. Now PM and Usman Buzdar would be needing NRO,” Riaz added.

While talking to Dunya News show “On the Front”, another disgruntled PTI MNA Basit Bukhari said that PM is saying that he will not resign, however, we will oust him democratically.

“In the next 24 hours, one more close companion of Imran Khan will leave him,” claimed Basit

While talking about Imran Ismail, the aggrieved PTI lawmaker accused Sindh governor of taking a bribe worth 350 million rupees from Saifullah Abro to make him senator.

He kept on bashing Imran Khan saying that PM used to talk about giving surprises while his speeches on the container but there were no surprises in the end.

Basit Bukhari further claimed that Usman Buzdar has completed his preparations to flee to America and that he has earned 750 million to 800 million rupees.

“I challenge that Imran Khan doesn’t have required number of MNAs on his side, no-trust motion is bound to succeed. Whatever morale Imran Khan is showing, it is mere acting”, he further added.