India should give explanation on 'flying object' that crashed in Mian Channu: DG ISPR 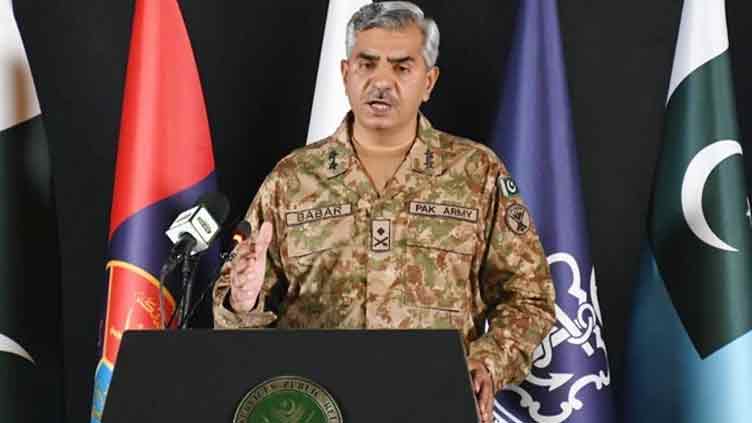 India should give explanation on 'flying object' that crashed in Mian Channu: DG ISPR

RAWALPINDI (Dunya News) – Inter-Services Public Relations (ISPR) Director General Major General Babar Iftikhar said on Thursday that the army has nothing to do with the politics.

Addressing a press conference on Thursday, he said that it was better for all of us to avoid unnecessary speculation on this matter. He declared that 80 terrorists have been killed during the last few weeks.

The DG ISPR said that an Indian “supersonic missile” violated country’s air space, endangering civil flights before crashing 124 km from the international borders near Mian Chunnu, damaged civilian property, but no lives were lost. He said Pakistan strongly protested this flagrant violation and cautions against recurrence of any such incident in the future.

Maj Gen Babar Iftikhar said the incident occurred on March 9, when a high-speed flying object was detected inside the Indian territory by the PAF Air Defence Operation System. The object was picked up at 18:43 hours which after remaining airborne, suddenly manoeuvred from its initial course and intruded into the Pakistani territory. He described it as “a supersonic flying object, most probably a missile, but it was certainly unarmed.”

He said Pakistan Air Force (PAF) monitored the object thoroughly. "As a responsible nation, we did no provocation. Our investigations are underway to ascertain whether it was missile or something else. It covered the distance of 260 kilometers at an altitude of 40,000 feet. The object coming from India was supersonic," he said.

He stated that this projectile could be dangerous for domestic flights as well as civilian property on the ground. He stated that India must explain this issue.

Maj Gen Babar Iftikhar said that all information has been given to the Foreign Office and the issue would be raised at the international level.

He said the Pakistan Air Force continuously monitored the complete flying path of the object, from its point of origin near Sirsa in India to its point of impact, near Mian Channu and “initiated requisite tactical actions.”

Babar Iftikhar highlighted that flight path of this object endangered many international and domestic passenger flights both in Indian and Pakistani airspace as well as human lives and properties on ground.

The DG ISPR asked Indian authorities to explain as this incident could have resulted in major aviation disaster and Pakistan strongly condemns this airspace violation.

He said it shows a disregard on part of the Indian side for aviation safety and reflects very poorly on their technological prowess and procedural efficiency. He said the incident could have resulted in a major aviation disaster as well as civilian casualties on ground.

Babar Iftikhar said Pakistan strongly protests this flagrant violation and cautions against recurrence of any such incident in future.