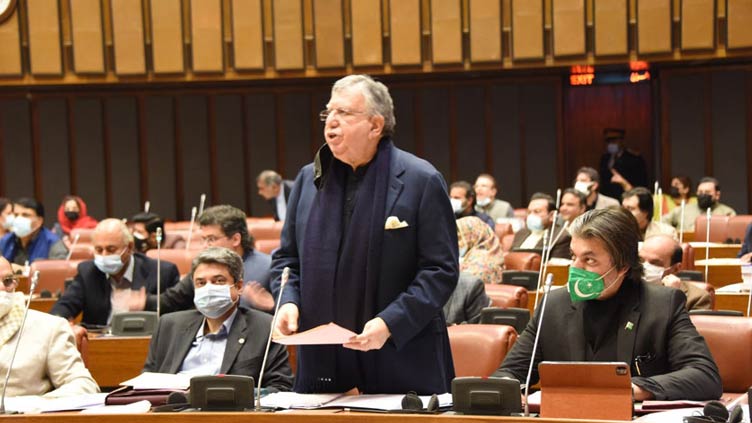 ISLAMABAD (Dunya News) - The Upper House of the Parliament, Senate on Friday has approved the State Bank of Pakistan (SBP) Amendment Bill 2022.

According to details, Chairman Senate Sadiq Sanjrani presided over the meeting.

During the session, the opposition parties cast 42 votes while the government members’ count went upto 43.

In order to  complete the representation in Upper House of the Parliament, Senate, the government brought coronavirus sufferer member Dr Zarqa to the session to cast vote in favor of SBP Amendment Bill 2022.

Wearing oxygen mask, the senator attended the meeting on wheelchair and cast her vote.

Earlier in the day, the government delayed the process of tabling the bill due to less representation in the session and sought more time, sparking the protest from the opposition members who chanted slogans and demanded to immediately present the bill.

Chairman Senate Sadiq Sanjrani asked that the State Bank bill was listed in the agenda then why was the government not presenting it. He further said that the government was eager to present this bill in the Senate, now no one was ready to even talk about it.

Ali Muhammad Khan assured that there will be no discrimination with any province regarding commencement of domestic flight operation. He said a decision will be made on the commercial viability of routes.

The House offered fateha for the soldiers, who were martyred in a terrorist attack on a security forces’ check post in Balochistan’s Kech district. Senator Mushtaq Ahmad led the prayer.