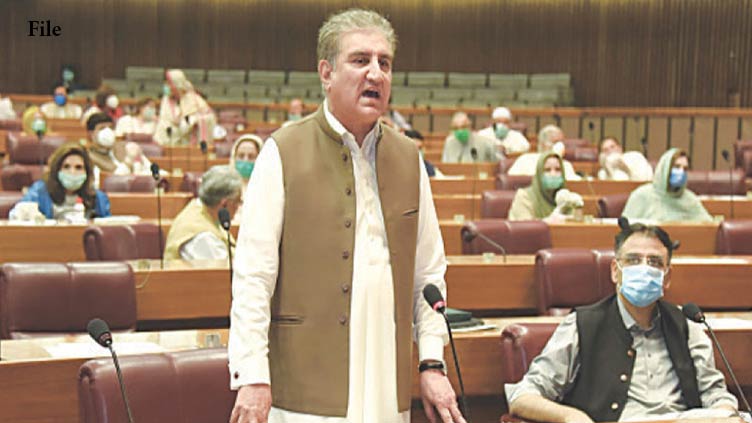 Pak's economy getting stable with ratio of 5.3 despite coronavirus: Qureshi

Speaking in Lower House of the Parliament, National Assembly, the minister said that democracy can only be protected with free judicial system.

Talking about the current economic condition, Qureshi said that Pakistan’s economy is getting stable day-by-day with the ratio of 5.3 despite coronavirus pandemic.

The country’s economy was sinking when Pakistan Tehreek-e-Insaf (PTI) came into power. Now, Economists and Bloomberg are also admitting that our economy is flourishing, he added.

Criticizing the opposition parties, the FM said that PTI is not afraid of its opponents as inflation is currently the biggest challenge in the country. Spreading disappointment is not in the interest of the country, he stressed.

The National Assembly adopted a motion allowing the use of its hall for the 48th session of the OIC Council of Foreign Ministers to be held in March.

The motion was moved by Foreign Minister Shah Mahmood Qureshi.

At the outset, the house offered fateha for those martyred in yesterday’s bomb blast in Lahore.