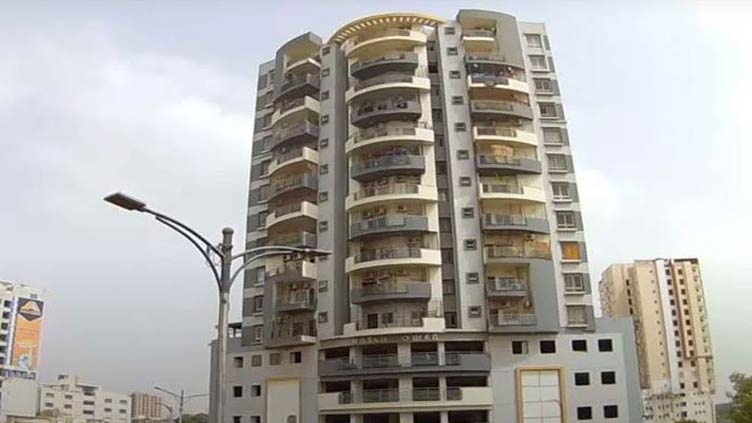 During the hearing, the apex court has issued contempt of court notice to the SBCA DG and directed the concerned authorities to immediately take the building into judicial custody. The court has also directed to flatten the tower within 15 days and sought implementation report in a week.

Meanwhile, Attorney General of Pakistan (AGP) told the SC that no one is paying compensation to the builders and affectees.

Previously, Chief Justice of Pakistan (CJP) Gulzar Ahmed had expressed resentment over razing the building from ground level and asked, “Who will be responsible if any untoward incident occurs?”

Responding to the apex judge, Karachi commissioner informed that it’s the right way to flatten the big buildings.

Earlier, Karachi commissioner had presented a report in SC and told that work to demolish illegally constructed buildings in the metropolis was underway.

During the proceedings at Karachi registry, the commissioner said, "The concerned authorities are acting on court’s order and razing Nasla Tower and Tejori Heights. 50 days are required to demolish Nasla Tower whereas builder of Tejori Heights is himself flattening the building."

The apex court had directed to use latest technology in the process and take all the expenses from the owner of Nasla Tower. Seize the properties of the owner if he refuses to pay the expenses, the court remarked.

SC also turned down the review petitions filed by owners and allottees in Nasla Tower case and directed the commissioner to act on the June 16 order and told that written decision in this regard will soon be issued.

The court had remarked that the building should be demolished, as proved by the record that Nasla Tower was built on the occupied land.

The CJP remarked that it had reviewed the documents of all the concerned institutions and directed the commissioner to take immediate custody of Nasla Tower building, no concession can be given on illegal constructions.