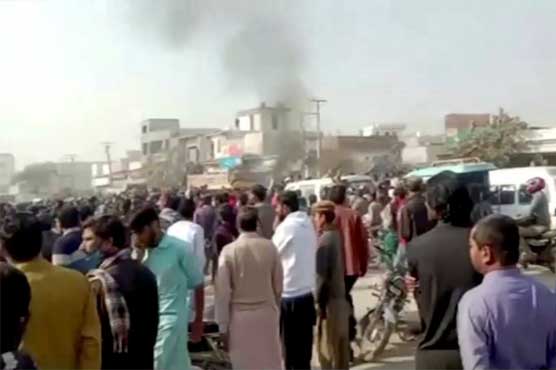 SIALKOT (Dunya News) – Days after the Sri Lankan national was lynched by a mob in Sialkot, District Police Office (DPO) Sialkot, Umer Saeed Malik on Tuesday claimed to have identified the suspect who provoked the workers which led to the torture and killing of Priyantha Kumara.

In a statement Umer Saeed Malik said that in the case of death at the hands of a violent mob of Priyantha Kumara, Sabur Butt had provoked the workers and rallied the mob.

He said that Sabur Butt, a worker in the factory s stitching unit, was involved in provoking the workers, and also gathering a mob against Priyantha Kumara.

He further said that Priyantha had visited the stitching hall prior to the incident and Sabur Butt and Priyantha can be clearly seen and identified in the picture.

DPO Sialkot also said that accused Sabur Butt is currently on physical remand and investigation is underway while the role of other main accused involved in the tragic incident is also being determined.