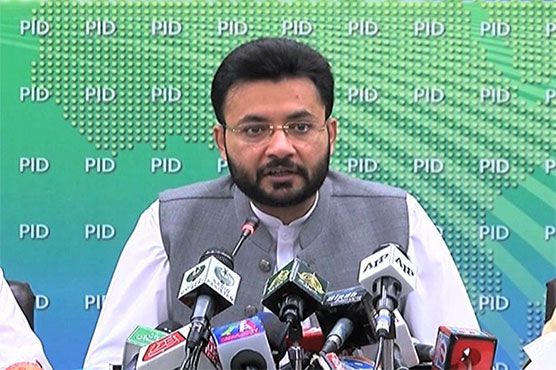 Farrukh said that PDM had no public agenda and only wanted to save their ill-gotten money.

ISLAMABAD (Dunya News) - Minister of State for Information and Broadcasting Farrukh Habib on Monday said that the Pakistan Democratic Movement (PDM) wants to harm national solidarity by giving a call of an anti-inflation march in Islamabad on the Pakistan Day (March 23), Dunya News reported.

“March 23 has historical significance and is celebrated by the whole nation as Pakistan Day. Those who have announced protest march on this day actually want to harm national solidarity,” the minister said in a series of tweets.

Describing the PDM as ‘mixture of numerous characters’, he said the alliance had no public agenda and only wanted to save their ill-gotten money. Those who had been rendered unemployed after the last general elections were suffering from anxiety, he added.

The minister said those who had called for politics of ‘now and never’ were now being humiliated as they were not getting any response from the masses.

He said the mood of PDM Chief Maulan Fazlur Rehman in a news conference which he held after the meeting showed that the dream of en masse resignation has been shattered.