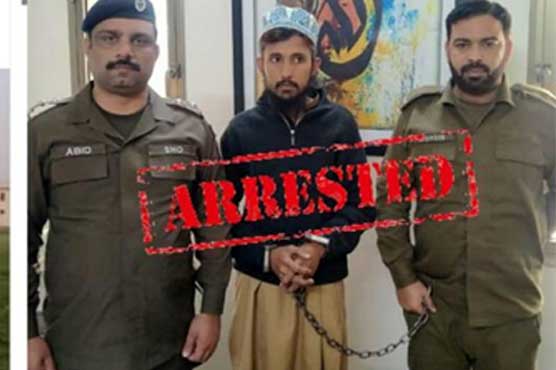 A total of 125 suspects have been arrested so far.

SIALKOT (Dunya News) - Police have arrested seven more main accused in connection with the Sialkot incident, while more raids are being carried out to arrest the remaining culprits.

According to Punjab Police, the accused were identified in the videos and main role of nineteen accused has come forth, amongst the total 125 suspects arrested so far.

Chief Minister (CM) Usman Buzdar has directed to speed up legal action against the accused and probe the incident through the use of modern technology.

On the other hand, body of Sri Lankan factory manager, who was killed by mob, has been shifted to Lahore.

According to details, district administration have shifted body of Priyantha Diyawadana to a private hospital under tight security.

After the appropriate arrangement the body will be shifted to Islamabad from where it will be sent to Sri Lanka.