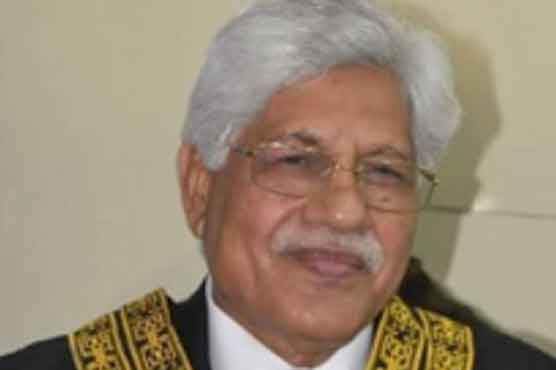 According to details the it was mentioned in the letter that the original affidavit will be presented in the case s upcoming hearing. The copy of the letter was sent to Rana Shamim, Advocate Supreme Court Latif Afridi and Federal Secretary Ministry of Defense.

It is pertinent to mention here that earlier today, Attorney General of Pakistan (AGP) on Friday has written a letter to Pakistani High Commission in London for affidavit of former Chief Judge of Gilgit Baltistan Rana Shamin.

Moreover, the letter stated that the original document of Rana Shamim’s affidavit will be submitted in Islamabad High Court (IHC).

IHC had also issued a notice to Attorney General over admissibility of a plea seeking formation of commission to investigate alleged audio leak of former Chief Justice of Pakistan (CJP) Saqib Nisar.

While announcing the reserved verdict, IHC CJ Athar Minallah declared the petition filed by Advocate Kulsoom as inadmissible. Just a criticism on Saqib Nisar does not come under contempt of court. It is the responsibility of judges to ensure justice to the sufferers, he added.