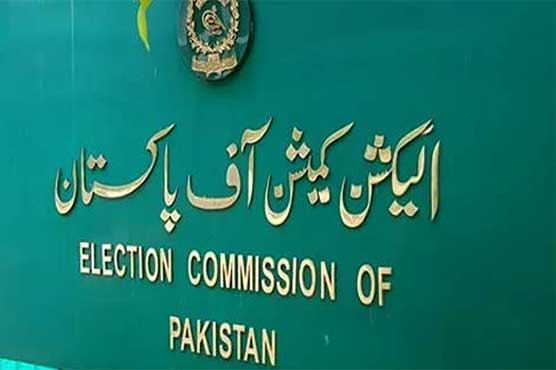 LAHORE (Dunya News) - Report of alleged video of buying, selling of votes in NA-133 elections to be submitted tomorrow. Strict action will be taken if the reports of the concerned departments prove to be true, Election Commission spokesperson.

If the matter is proved then it will be referred to the Election Commission Islamabad, furthermore NA-133 by-election may also be postponed and the candidate can be disqualified if rigging is proved.

The returning officer is also directed by ECP to submit a written report of forensic and action shall be taken on report by November 30.

On the other hand, the Election Commission announced the schedule for vacant seat after the resignation of Senator Muhammad Ayub in Khyber Pakhtunkhwa. Polling for the vacant seat will be held on December 20, 2021.

According to the Election Commission, after the resignation of Senator Muhammad Ayub the election on vacant seat will be held on December 20 this year, polling will be held in the Khyber Pakhtunkhwa Assembly building. The returning officer is directed to issue a public notice today on that matter.

According to the ECP spokesperson, nomination papers can be submitted from November 30 to December 2.

The tribunal will then give decision on appeals by December 10.