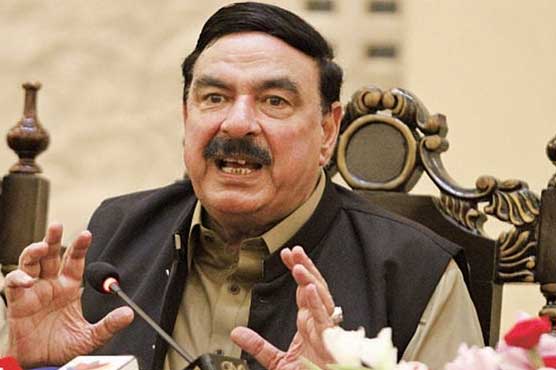 ISLAMABAD (Dunya News) – Federal Minister for Interior Sheikh Rashid has said that the opposition is humiliating itself, opponents are on election campaign and the government has no threat from the opposition’s protest rallies.

Speaking to the journalists, the minister said that it took 6 months for Pakistan Democratic Movement (PDM) to warm up in the protest movement. “The real time of sit-in was when JUI-F chief Fazlur Rehman came to Islamabad. Now they will only humiliate themselves,” he added.

“The coalition is not going anywhere. Whenever there is an issue, people talk about for fulfilling demands, something has to be done to meet the demands. The country s economy is passing through a difficult period of time. We are only facing the problem of inflation.”

Sheikh Rashid maintained that he was not included during the agreement with the Tehreek-e-Labbaik Pakistan (TLP). The settled matters with the TLP issues will be made public in a few days. “I already told Saad Hussain Rizvithat this is the matter of Ministry of Religious Affairs and the Punjab government. The TLP was declared null and void by the Home Ministry at the behest of the Punjab government and the ban was lifted on “their request.

He further said that efforts are being made to recruit 1000 police personnel in the same month and MoU is being signed with Punjab for 1122.

Replying to a question, the interior minister said that PML-N President Shehbaz Sharif and Fawad Hassan Fawad were already on the exit control list (ECL) and neither of them had applied for exit from ECL. “The NAB has also sent another case two weeks ago,” he added.

Talking about Afghanistan, Sheikh Rashid said that the situation in neighboring Afghanistan would have an impact on Pakistan as well.