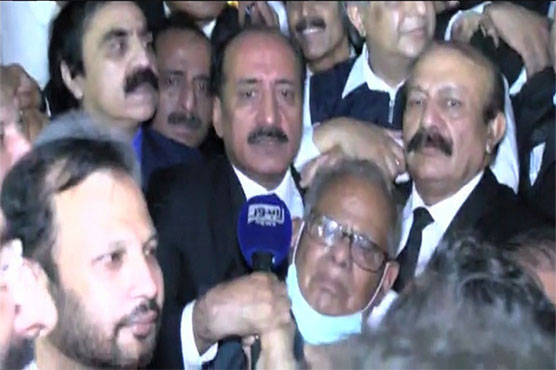 Ahsan Bhoon bagged 1,390 votes where as his opponent Sardar Latif Khosa got 813 votes.

According to the details, Bhoon bagged 1,390 votes where as Professional Group candidate Sardar Latif Khosa got 813 votes.

According to the election board sources counting for other seats was continued till the filing of this news report.

More than 3,200 voters used their right of vote in this election, out of which 1,329 voters were from Lahore.

The election board of SCBA had set up polling stations in Lahore, Multan, Bahawalpur, Karachi, Peshawar Quetta and other cities. The chairman election board Afrasyab Khan will formally announce complete result on November 3, 2021.