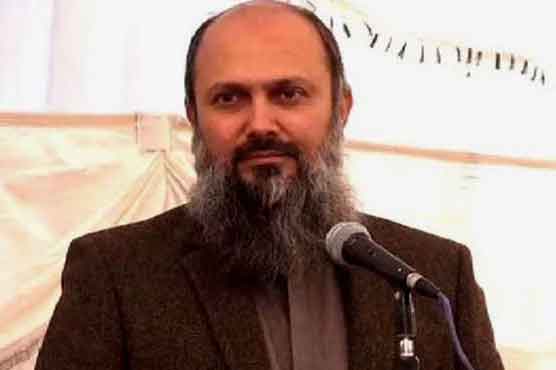 Party intended to hold elections in Oct-Nov, angry members are part of our party, says CM

QUETTA (Dunya News) – Balochistan Chief Minister (CM) Jam Kamal has said that he is ready to sit down and talk with the disgruntled lawmakers of Balochistan Awami Party (BAP).

Speaking to the journalists flanked with other BAP leaders, CM Jam Kamal said that no-trust motion has been filed against him. “I have some reservations but the angry companions are our brothers. We used to sit with them before and we would sit with them today,” he added.

The Balochistan chief minister mentioned that he is ready to talk with the disgruntled brothers. “We also have to work on the problems of the people and the political situation. Until the last day, the effort is to run in a democratic manner. If some people do not take care of discipline, then action will be taken against them. The matter of no-confidence motion will be decided on the day.”

He further said that the party intended to hold elections in October-November. “Angry members are part of our party and will remain so. Everyone is respectable to us and our party will become further strong after a month. We are ready to face all kinds of political crisis. The number game of the no-confidence motion will be surfaced.”

On the other hand, Balochistan Assembly Member Zahoor Ahmed Buledi has been elected Balochistan Awami Party’s (BAP) acting president after the resignation of Chief Minister Jam Kamal as party president.

A copy of the appointment has also been sent to the Election Commission of Pakistan (ECP) under the Election Act 2017.

The formal announcement has been made by the party general secretary Manzoor Ahmed Kakar through a notification.

According to the notification, the acting president has been appointed to run the party in a better manner.

After the resignation of Jam Kamal, the appointment of the party president is necessary for the party elections.

The ongoing political crisis had intensified in Balochsitan as angry lawmakers submitted no trust motion against CM Jam Kamal.

However, 14 provincial lawmakers including Zahoor Buledi, Sardar Abdul Rehman Khetran, Mir Naseebullah Marri and others were among those who signed and submitted the no-confidence motion.

Addressing a press conference along with other members after submitting no-confidence motion, Zahoor Buledi said that motion had 14 signatories, adding that the majority members of Balochistan Assembly have expressed no confidence in Jam Kamal Khan.

The angry lawmakers adopted a stance that they could not work with the chief minister. “CM Jam Kamal will not be given more time and he has lost the majority,” they added.