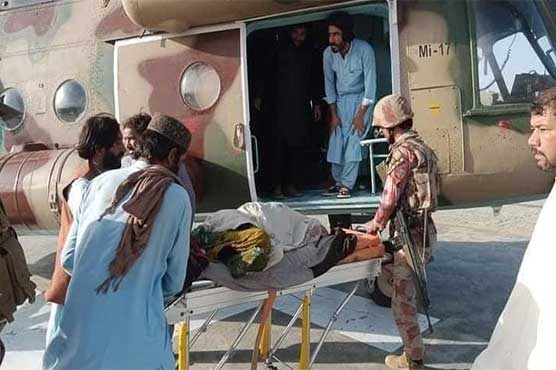 According to Inter-Services Public Relations (ISPR), necessary food and shelter items were being provided to the people in earthquake affected areas.

IG FC Balochistan (North) is also in Harnai for damage assessment and response and the urban search and rescue team is being flown from Rawalpindi to speed up and assist in rescue activities.

It merits mention that a 5.9-magnitude earthquake that struck parts of Balochistan including Quetta before dawn on Thursday left dozens of people dead and hundreds injured as roofs and walls of several houses collapsed, Dunya News reported.