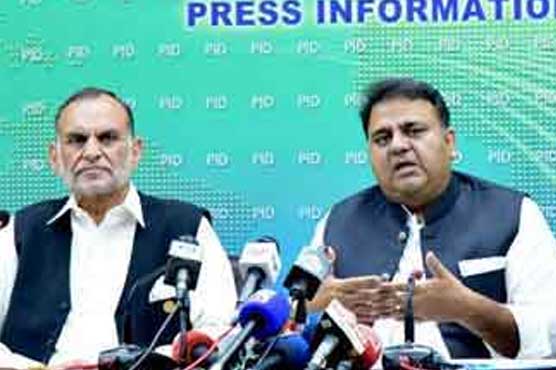 Earlier the ECP officials had walked out of a meeting of the Senate Standing Committee on Parliamentary Affairs after Azam Swati accused the commission of taking money.

Later Fawad Chaudhry while criticizing Chief Election Commissioner (CEC) Sikander Sultan Raja during a press conference had said that it seems the ECP has become the headquarters for opposition parties and the chief election commissioner is acting as their mouthpiece.

After the allegations the ECP had decided to issue notices to Fawad Chaudhry and Azam Swati for accusations against CEC and the commission.

Ministers had sought time from the ECP to submit their replies to the notices they received.

According to sources, the ECP has given three weeks to both the ministers to submit their replies.

Action will be taken against the ministers under the Election Act in case of non-submission of reply within the stipulated time, said sources.

Contempt of commission action may also be taken against the ministers for not providing evidence of the allegations.