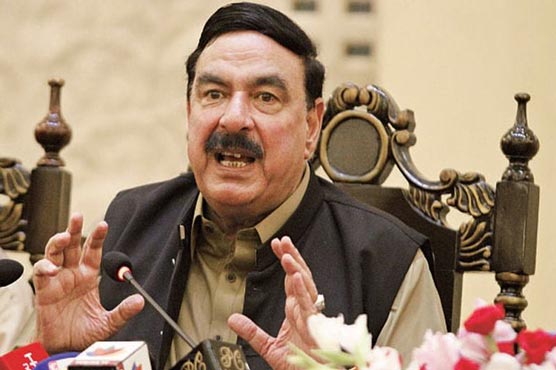 Talking to Dunya News program "On the Front", he said Imran Khan is the real political leader of Pakistan Tehreek e Insaf (PTI), government who had played unprecedented role for peace and stability of the Afghan region. Voicing concerns of high inflation,

he said the government is fully committed to provide relief to common man. Commenting on Nawaz Sharif, he said Ex Prime Minister is not a leader but a coward man enjoying life in London with looted money of Pakistan.

About cricket diplomacy, he said Indian role to malign Pakistan could not be ruled out. He said Pakistan had provided unflinching security support to New Zealand cricket team but the players left this country without sharing threat information.

There was no threat received by Pakistani authorities, he said adding that it was a fake threat spread by Indian side. Sheikh Rashid Ahmad said Pakistan had given a lot of sacrifices against war on terror. Pakistan is an atomic state in the Islamic World and no one could dare to sideline this country, he stated.

To a question about electronic voting machine, interior minister said that Parliament would pass the Bill on EVM and the next general elections would be conducted through modern technology. He said the PM after completing five year term, would contest the next elections for bright future of Pakistan.