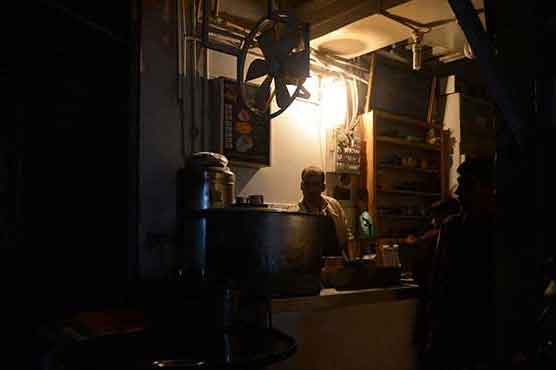 KARACHI (Dunya News) - Karachi is experiencing a major power breakdown with around 80% of the city losing electricity.

The power failure was caused by the tripping of EHT line on national grid, sending 1400 feeders out of function.

On the other hand K-Electric said on its official Twitter handle that we have received complaints regarding power failure in the city, considering the situation, our team has been mobilized and is monitoring the situation.

According to sources, lightning struck 220KV switchyard of the Jamshoro grid station, after which power supply to K-Electric and Hesco was suspended. In the lightning strike, NTDC yard remained safe.

Meanwhile, Hesco officials said that 71 grid stations of Hesco region have been affected in the incident.