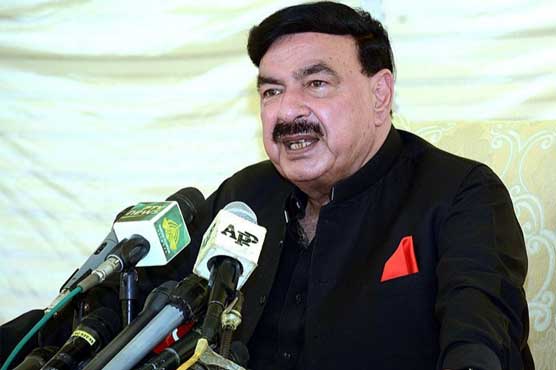 ISLAMABAD (Dunya News) – Minister for Interior Sheikh Rasheed on Sunday strongly condemned the terrorists firing on a military checkpost in the Bajur district from inside Afghanistan across the Pakistan-Afghanistan border.

The interior minister expressed sorrow over the report of martyrdom of Sepoy Jamal and Sepoy Ayaz. He also paid tribute to the soldiers of Pakistan Army who sacrificed their lives for the sake of homeland.

The ISPR also said that Pakistan Army troops responded in a "befitting manner". “As per intelligence reports, the troops responded to the firing and killed two to three terrorist and injured three to four others,” it added.

"Pakistan has consistently been asking Afghanistan to ensure effective border control on their side. Pakistan strongly condemns the continuous use of Afghan soil for terrorist activities against Pakistan," the ISPR maintianed.