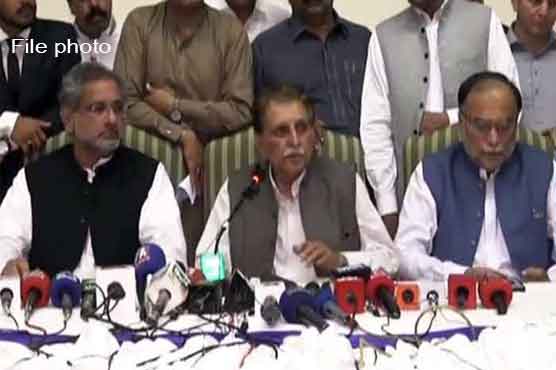 According to details, PML-N leadership held a meeting on Azad Kashmir election results, a statement was issued at the end of the meeting.

According to the statement, Prime Minister of Pakistan Imran Khan personally interfered in the elections in Azad Kashmir. PML-N Rejects election results due to open interference by the federal government and other agencies, said in the statement.

A resolution was also passed in the meeting, according to it the struggle against rigging will continue at national and international level with the cooperation of the people.

In the statement the poor performance and administrative weakness of Election Commission of Azad Kashmir were also condemned. It further states that a fact-finding committee will be formed to bring the evidence of fraud before the media.

Former Prime Minister and PML-N leader Shahid Khaqan Abbasi paid tribute to the people of Azad Kashmir saying that they fought against the worst rigging.

He alleged that PML-N mandate was stolen. “We will work out a plan of action together with the leadership of Azad Kashmir,” he added.