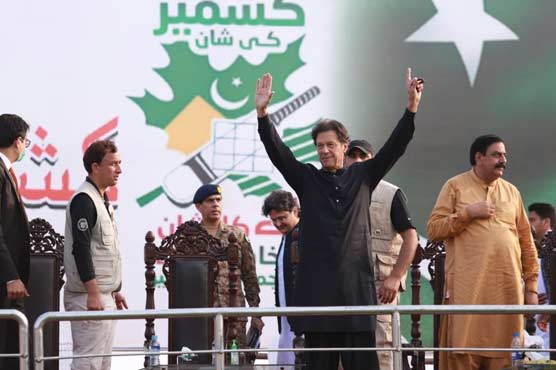 Unprecedented sacrifices being rendered by Kashmiris will not go in vain: PM

TARAR KHAL (Dunya News) - Prime Minister Imran Khan has said that he does not know where it came from that he wants to make Azad Kashmir a province of Pakistan. He promised there would be a referendum in Kashmir, with people free to choose the future of their nation.

Prime Minister Imran Khan addressing a large public gathering ahead of the election of AJK Legislative Assembly on Friday said the prime focus of his party Pakistan Tehreek-e-Insaf in Azad Jammu and Kashmir (AJK) would be the uplift of underprivileged people by providing them amenities of education, health and subsidized food.

Imran Khan’s rally pulled a large crowd with people from all walks of life including the local party workers and others from adjoining areas gathered in the AJK city of Tarar Khal.

The prime minister vowed to launch special programmes for low-income class in AJK after his party won the upcoming election. He said for the 40 percent of poor population, the ration cards for food items on subsidized rates would be introduced.

He said a software for the said facility would be launched by December, a database of which had already been prepared.

He mentioned that poor in AJK would get basic food items including flour, pulses, edible oil and sugar on cheaper rates.

Under the Kamyab Pakistan programme, he said, of the 40 percent low-income people, each member of the family would be given technical education and interest-free loans to help them earn their livelihood.

Imran Khan said the government of PTI would also introduce a Health Card scheme for the people in AJK with Rs one million health insurance per household.

Imran Khan said some political parties had already crying foul about rigging in upcoming AJK elections despite the fact that for last one year, he had been inviting their cooperation on electoral reforms to ensure transparency through electronic voting machines.

He said those raising hue and cry on rigging were in fact were afraid of their defeat in elections. “To Pakistan Muslim League-N, I tell that it is your government in AJK, your administration and the Election commission of your choice. So how can we doing rigging?” he said.

The prime minister said the valley of Kashmir was blessed with natural beauty, with an immense potential to attract local and international tourists.

He said the PTI government aimed at realizing the true potential of AJK in terms of tourism and encourage the related economic activity in the area.

The prime minister rejected the impression that PTI was focusing on making Azad Kashmir a province of Pakistan.

Instead, he said, the PTI strongly believed in the United Nations Security Council resolutions under which the people of Jammu and Kashmir were given right to choose whether they wanted to accede to Pakistan or India.

“InshaAllah, I am confident that the sacrifices of Kashmiri people will not go in vain and the day is not far when a referendum in Kashmir will be held to give them right to decide about their fate,” he added.

Imran Khan said he always advocated the case of Kashmir at all international forums and vowed to continue highlighting the plight of Kashmiri people in Indian Illegally Occupied Jammu and Kashmir.

He said in the past, both the Pakistan Muslim League’s leader Nawaz Sharif and Pakistan Peoples Party chief Asif Ali Zardari never pleaded the case of Kashmir at the international arena.

He pointed out that Nawaz Sharif, according to Indian journalist Barkha Dutt, held secret meetings with Indian prime minister Narendra Modi in Nepal against the army of Pakistan. Also, Nawaz Sharif invited Modi, who was involved in firing pellet gunshots at Kashmiris, to his family marriage ceremonies, but did not bother to meet the Kashmiri Hurriyat leaders in India.

Imran Khan paid tribute to the detained Kashmiri leaders Ali Geelani and Yasin Malik, saying that the entire Pakistani nation stood with them in their just struggle to the right to self-determination.

Federal Minister for Kashmir Affairs Ali Amin Gandapur speaking on the occasion said the candidates of Pakistan Tehreek-e-Insaf would defeat other contestants giving a message that the people rejected the looters and exploiters.

PTI’s candidate for AJK Legislative Assembly Sardar Tanveer Ilyas said the people of Poonch looked towards Imran Khan as the leader who could ensure them development and prosperity.

Sardar Faheem Akhtar Rabbani, PTI’s ticketholder for the AJK election said the party after winning election would focus on providing the people of Kashmir the facilities in the fields of education, health and tourism. He also mentioned that PTI would provide scholarships to deserving students to mainstream them in the journey of AJK’s development. 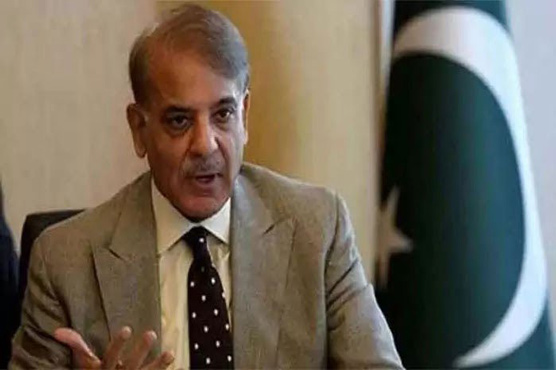 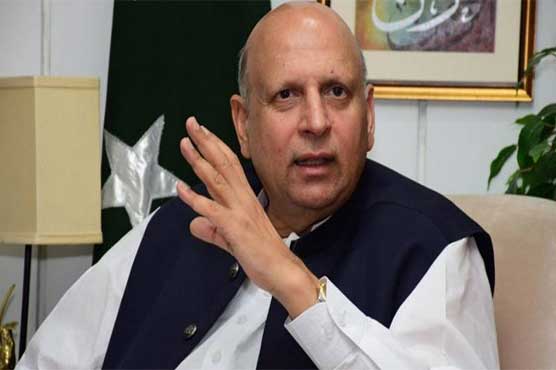 Next AJK President, PM will be from PTI: Governor Punjab 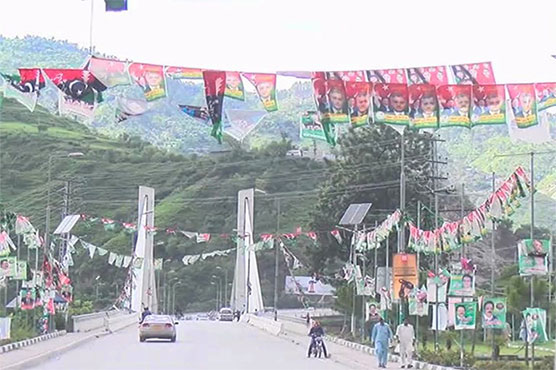 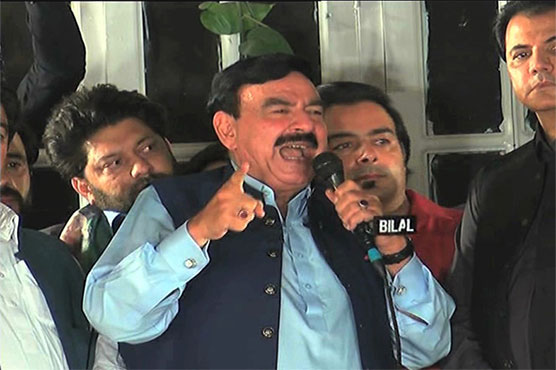 People of AJK to give mandate to PTI on July 25: Sheikh Rasheed