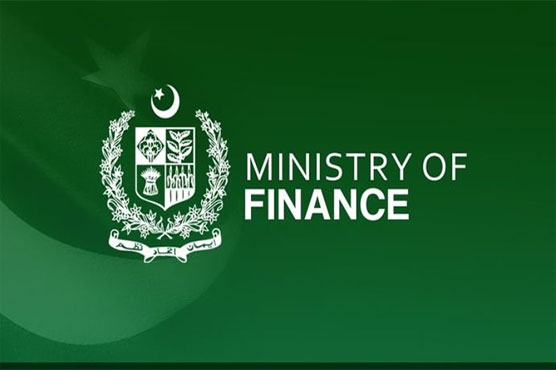 The spokesman of the Ministry of Finance said Miftah Ismail is misleading the nation.

The government is committed to reforms and has made significant progress since the program was launched and subsequently put on hold because of Covid19, the spokesman of the Ministry of Finance and Revenue said while responding to the press conference by former Finance Minister Miftah Ismail on Sunday.

In March 2021, all missed reviews were completed and Pakistan has rendered a stellar performance under the Fund program, he said and added that the tax revenues were reaching to Rs 4,700 billion compared to Rs 3,862 billion left by the previous government.

He informed that reserves were increased to $23.4 billion as compared to $16.4 billion left by PML-N government and said, the Current Account deficit has been reduced from $20 billion to a surplus of around $1 billion in Jul-May 2021.

The primary deficit was left at 3.8 percent of GDP whereas the present government was succeeded to reduce it to 1.1 percent this year and budgeted at 0.6 percent amid difficult economic conditions.

After making adjustments of expenditures for Covid19 and settling past IPP’s circular debt, this primary deficit is also budgeted to turn to positive 0.1 percent.

The spokesman said that interest rate which was 7.5 percent in July 2018, was brought down to 7 percent after making necessary adjustments because of the failures of monetary policy under PML-N regime.

He said the failure of monetary policy has starkly reflected from the fact that during the tenure of Miftah Ismail as Finance Minister, there was complete breakdown in the government’s debt market because all borrowings were totally sourced from the SBP.

Consequently, the SBP debt owed by the government rose from Rs 1,400 billion on 30th June 2016 to more than Rs 5,000 billion by July 2018. It is therefore, useless to suggest that Pakistan has not done anything for the IMF program, the spokesman added.

It is curious to note that the Finance Minister of the PML-N government, who is solely responsible for pushing the country to seek a new program and destroyed Pakistan’s economy in just one-year by taking the current account deficit to $20b and depreciating the currency by 10 percent together with higher interest rates,

While responding to a query that the World Bank has stopped provision of loans, he said there is absolutely no truth in this assertion and only yesterday, World Bank has approved a loan of $442 million.

In the last one year, against an increase of more than 100 percent in international petroleum prices, the domestic prices have been increased by around 45 percent, he said and added that all this was due to sacrificing precious non-tax revenue just to prevent the people from over burdening.

Next year, we are committed to maintain price stability and hoped that prices will come down and the need for continued subsidy will no longer be required, he expressed.

He also told that the possibility of lifting of sanctions on Iran would help reduce international oil prices. He said, we are finalizing the agreement with Saudi Arabia for supply of oil on concessional terms which would further alleviate the need for further price adjustments.

Responding on Miftah’s point on refunds of Rs 700 billion are outstanding which have not yet been paid to the people, he said that there was no truth in having such a large amount of due refunds for payment.

More importantly, some of the refunds are relating to the period when PML-N showed higher revenues by denying prompt payment of refunds, he said, The spokesman also added, the government has paid refunds of Rs 140 billion of that period during its last two years.

On the contrary, the present government is paying refunds promptly. This year, alone it has paid Rs 233 billion in refunds which are 82 percent higher than the last year.

Mr. Miftah is misleading the nation by claiming that the government has endowed tax machinery with draconian powers of arrest and harassment, he clarified and added that he should read to the nation the following passage from the budget speech of the Finance Minister, which on many occasions was welcomed publicly:

“We will restore the purity of self-assessment scheme, which would mean that except when there is any ‘definitive information’ contrary to the information disclosed in a tax return, all tax returns shall be deemed as assessment orders”.

The spokesman said the returns under self-assessment scheme would only be subjected to audit once they are chosen through an automated risk-based selection procedure. We will hire outside auditors for carrying out the audit, which will be done remotely through an e-Audit system which will be very serious and willful evasion shall be considered as criminal offense carrying punishable of jail term.

We will strive to hit hard on harassment of taxpayers. Rather than harassing the taxpayers, the avowed purpose of bringing changes in income tax law is to save people from the clutches of the tax machinery and create simplicity and certainty in the tax system, he told.

The Finance Minister, while addressing the Senate’s Finance Committee has announced that the power of arrest would be circumscribed to be exercised not by an Additional Commissioner but a committee headed by himself.

To a question that surplus of Rs 570 billion from provinces was wrongly calculated by the government he said Mr. Miftah has done mistake again on setting the above target.

The level of surplus committed by the provinces is done by their voluntary commitment, he told. It is important to state that this money was not something given by the provinces to the Federal Government rather, it was kept by the provinces in their own bank accounts to be used in subsequent years, he concluded.