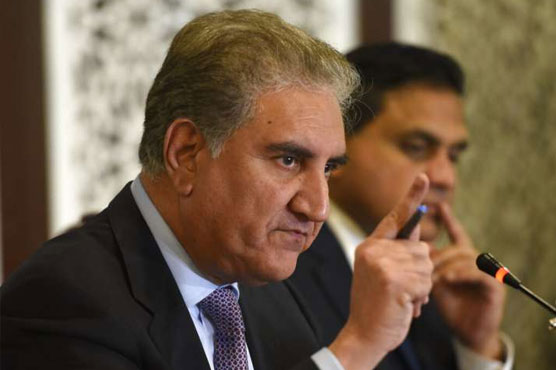 ISLAMABAD (Dunya News) - Foreign Minister (FM) Shah Mahmood Qureshi has expressed his concerns over the killing of a Pakistan origin family in Canada.

In a statement on Tuesday, he termed the incident an act of terrorism and a big tragedy.

Shah Mahmood Qureshi called upon the Canadian premier to play his role to ensure the protection of Muslims in the country.

Four members of a Pakistani family in the south of Canada’s Ontario province were killed as a man driving a pick-up truck slammed into them. It has been termed as "premeditated" attack by the police.

Among those killed in the incident on Sunday night were a 74-year-old woman, a 46-year-old man, a 44-year-old woman and a 15-year-old girl, police announced Monday. A 9-year-old boy was in a serious condition, but was expected to survive. The family requested the victims names not be made public.