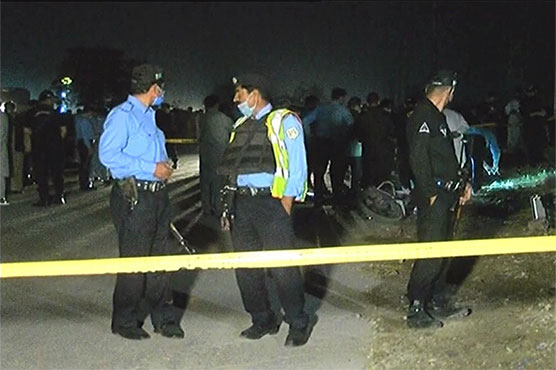 According to details, some unidentified persons opened fire opened fire at a police patrol near Carriage Factory at the IJP Road, due to which two police officials embraced martyrdom.

The martyred police officials were identified as Bashir and Ishtiaq.

DIG operations and other police personnel reached the spot after the incident. Talking to media, DIG operations said that all the evidence is being collected from the crime scene and the accused will be arrested soon.

Meanwhile, Interior Minister Sheikh Rasheed Ahmed has strongly condemned the incident and expressed condolences over the martyrdom of police officials and heartfelt sympathy to the families of the martyrs. He has also sought a report of the firing incident.