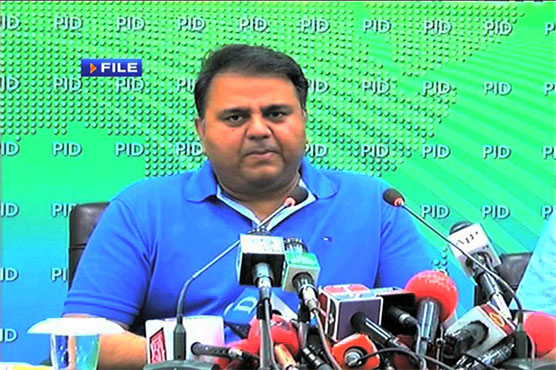 Fawad Chaudhry said that two policemen were martyred and 673 were wounded during protests in Punjab.

Fawad Chaudhry said TLP protesters who attacked policemen will be identified using CCTV cameras and videos on social media and will be arrested.

The federal minister said that a cell has been formed comprising NADRA, and Safe City Lahore members. The cell will identify all the protesters involved in the attack.

He informed that two policemen were martyred and 673 were wounded during TLP protests across Punjab while two officials were kidnapped. He said that three policemen sustained injuries in Khyber Pakhtunkhwa and 12 in Sindh during violence.

Protests in major cities across Pakistan erupted on April 12 after TLP workers took to the streets. They were protesting against the arrest of their chief Saad Hussain Rizvi. Main roads in Karachi, Lahore, Islamabad, and other cities were blocked following his arrest, and people were stuck in traffic for hours.

During the protest, the religious group damaged 30 vehicles of law enforcement agencies, while two police officers were killed. So far, at least 115 FIRs have been registered. In Punjab, 2,359 TLP workers were arrested, 285 in Sindh, 370 in Khyber Pakhtunkhwa, and 43 in Islamabad, the summary added.