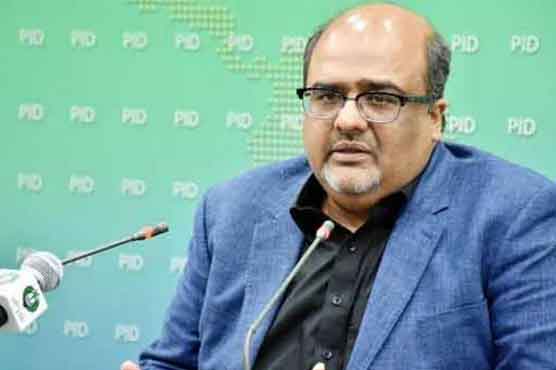 Will take strict action against those involved in sugar shortage: Shahzad Akbar

ISLAMABAD (Dunya News) - Prime Minister Imran Khan’s Special Assistant on Interior and Accountability Shahzad Akbar has said that strict action will be taken against those involved in sugar crisis and price hike through speculation.

Addressing a press conference in Islamabad, he said that action taken against those involved in the Sugar Scam on recommendations of the Sugar Commission Report was transparent and the government has not provided protection to anyone.

The Special Assistant said three FIRs were registered on the findings of the Sugar Commission Report. He said that there were reports that the sugar prices would be increased in the Holy Month of Ramadan, on which the action was taken against those who were involved in the artificial price hike of sugar through speculation.

Shahzad Akbar said that in order to check the artificial price hike of sugar through speculation ex-mill price of Sugar has been fixed at 80 rupees per kilogram in Punjab.

Sugar inquiry commission report was presented to the federal government in May 2020 and at that time three types of actions were taken namely, penal action, administrative action and legislative reforms. He said that the journey from May 2020 till now was not an easy task.

He said that FBR was asked to launch forensic audit of the sugar companies. The revenue generation from the Sugar Industry has shown a 100 percent increase due to the actions. FBR found out the embezzlement of taxes in sugar industry worth 400 billion rupees in five years and took action against the sugar embezzlements in Punjab and Sindh.

He said that it is the responsibility of the government to check the price hike and the government has enacted law Punjab Prevention Speculation in Essential Commodities Ordinance 2021, whereas Punjab Food Stock Control Act 1958 was already present but it was not being implemented in letter and spirit.