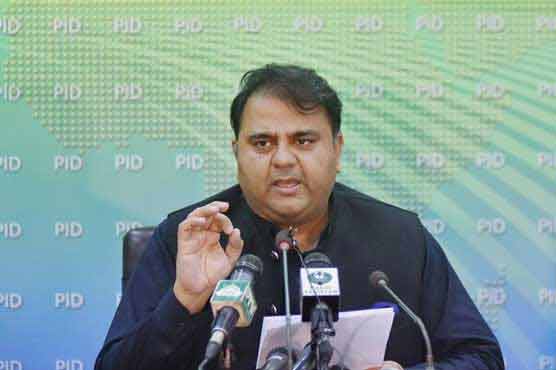 ISLAMABAD (Dunya News) - Federal Minister for Science and Technology Fawad Chaudhry has said that the Broadsheet Inquiry Commission has implicated five individuals and action will be taken against them. The five persons named by the Commission are Ahmar Bilal Sufi, Ghulam Rasool, Abdul Basit, Shahid Ali Baig and Tariq Fawad.

Briefing the media after Thursday’s federal cabinet meeting, he said that when former President Asif Ali Zardari was acquitted, it was said that NAB did not possess the original record of Swiss accounts. Now, the government has the original record of Swiss accounts. Our legal team is reviewing the matter and a case may be opened against Asif Zardari, he added.

Fawad Chaudhry reiterated Pakistan’s principled position that unless India reconsiders its steps on August 5, 2019, normalization of Pak-India ties is not possible.

He said that as long as India was occupying the valley, relations with it could not be restored.