Cabinet yet to approve resumption of trade with India: Shireen 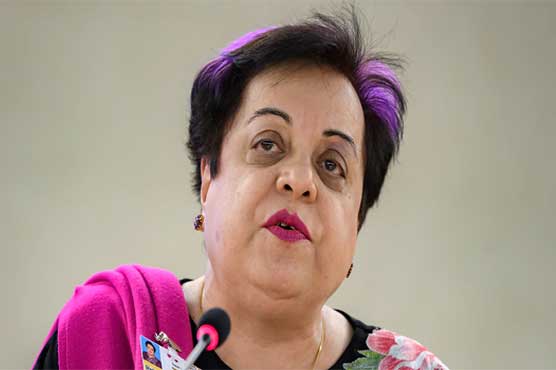 Cabinet yet to approve resumption of trade with India: Shireen

ECC decisions can only be seen as "approved by government" after approval of the cabinet: Shireen

ISLAMABAD (Dunya News) – Federal Minister for Human Rights Shireen Mazari on Thursday said that all decisions of Economic Coordination Committee (ECC) including resumption of trade with India have to be approved by the federal cabinet.

The federal minister, in a tweet said that ECC decisions can only be seen as “approved by government” after approval of the cabinet.

She further said that today’s federal cabinet meeting will discuss ECC decisions and only than government decisions will be taken.

Earlier on Wednesday, Hammad Azhar while talking to media person, said that ECC has allowed import of sugar from other countries but the price of the commodity in other countries was also high.

"However, in our neighboring country India, the price of sugar is quite cheap," he said. "Hence, we have decided to resume sugar trade with India".

The finance minister said that demand for cotton has risen sharply in Pakistan but the country failed to produce high quality cotton last year hence on the recommendation of Ministry of Commerce, government has decided to allow import of the commodity from India.