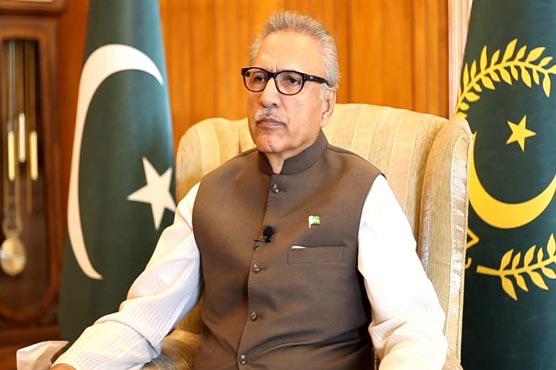 Addressing a ceremony in connection with International Women s Day in Islamabad on Monday, he said the present government has passed several laws to empower women.

The President said although laws for women rights existed in the country, however, they were not being implemented.

He said the current government is taking steps to ensure their implementation, including the law of hereditary rights of women.

Underlining the importance of financial independence of women, the President said the government has started a program in which banks are offering loan up to five million rupees to a woman entrepreneur. Under the PTI government s Ehsaas program as well, he said, most of the funds are being disbursed among women.

Dr Arif Alvi said a Telehealth system should be developed under which women can consult doctors and seek basic advice through telephone. He also stressed on reducing the female dropout level in education as well as employment.

President urged the media not to show women being subjected to violence in dramas. He said instead of highlighting the negative cultural perceptions about women, the rights given to women in Islam should be projected. He said Ulema also have a pivotal to play in this regard.

Highlighting plight of women in Indian Illegally Occupied Jammu and Kashmir (IIOJ&K), Dr. Arif Alvi asked the world to take notice of human rights violations in the occupied valley. He said women in IIOJ&K are subjected to violence by state but unfortunately, world remains silent on the issue.

Speaking on the occasion, Minister for Human Rights Dr. Shireen Mazari voiced concerns over rising incidents of Islamophobia in the Western world saying the burqa ban in Switzerland is also violation of human rights.

Minister for Defence Production Zubaida Jalal in remarks said that women empowerment is based on education. She said in Covid situation we have started the concept of camel library to provide education to children in far flung areas of Balochistan.

Minister for Inter Provincial Coordination Dr. Fehmida Mirza said today women are proving their abilities in all fields of life. She appreciated the women who are shining in athletics and sports.

Ambassador of the European Union to Pakistan Androulla Kaminara in her remarks on the occasion appreciated the steps taken by Pakistani government for women empowerment. She especially mentioned Ehsaas program and improvement in inheritance laws of the country.