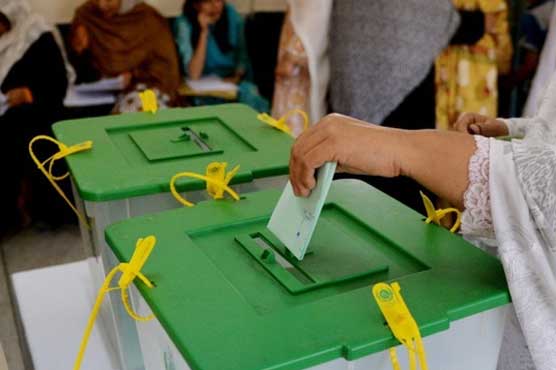 ISLAMABAD (Dunya News) - According to a statement issued by the Election Commission of Pakistan (ECP), the vacant seats on which by-polls are scheduled include NA-45 Kurram, NA-75 Sialkot, PP-51 Gujranwala and PK-63 Nowshera.

Rangers and FC officers deployed outside polling stations will be able to take action against any irregularities or violations, however, they will be required to notify the relevant presiding officers before taking said action.

PML-N has fielded women candidates for both the seats in the by-elections. Noshin Iftikhar, daughter of late Syed Iftikharuddin, has been given party ticket in NA-75 constituency. Ali Asjad is PTI coalition’s candidate for the seat.

In Nowshera, a close fight is expected between PML-N’s Ikhtiar Wali and PTI’s Omar Kakakhel on PK-63.