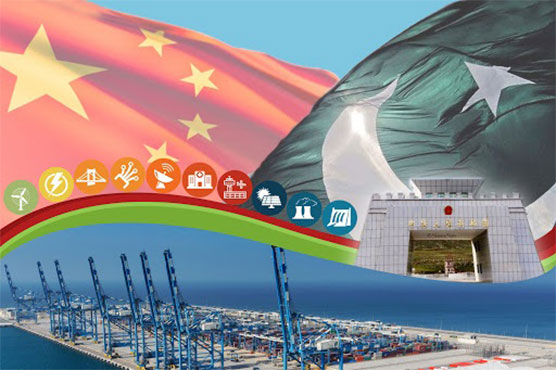 CPEC opponents are also trying to create confusion among people about slow speed of the projects.

ISLAMABAD (Web Desk) - Despite the international propaganda move, the China Pakistan Economic Corridor (CPEC) project is moving forward by shrugging off all odds with lot of successes and new investments.

Although the year 2020 proved to be yet another period of misunderstanding about the CPEC, all such negative campaigns are gradually proving wrong.

The campaigners utilize “debt trap”, “slow pace of CPEC projects” and “withdrawal of Chinese investment” as their main weapons to misguide the people especially those livening in Pakistan.

A US-based Magazine “The Atlantic” in its research article has termed the slogan of “debt trap” by China, a myth.

The debt trap slogan is definitely aimed at halting the flow of Chinese investment to Pakistan and it was first used in Sri Lanka. Although the country is in a debt crisis, China has nothing to do with the crisis.

Dushni Weerakoon of Sri Lanka’s Institute of Policy Studies and Sisira Jayasuriya, a professor of economics at Monash University, highlighted that China’s share in the national debt was only 10%.

Furthermore, over 60% of this 10% loan is at the concessionary rate of 2%. It is only a myth that Sri Lanka has to cede Hambantota Port to China.

The same strategy has been adopted to malign CPEC without paying any heed to data or analysis on CPEC investment.

Such disinformation starts with reports of the debt crisis in Pakistan and its weak foreign currency reserves. It is used to stir fear among people.

The US magazine said, “Chinese banks are willing to restructure the terms of existing loans and have never actually seized an asset from any country, much less the port of Hambantota, Sri Lanka”.

It added Sri Lanka never defaulted and it was only a myth that the Chinese firms had taken over the Sri Lankan port due to non-payment of dues.

Meanwhile, another article published in a local daily newspaper, pointed that Pakistan was indebted to a number of international financial institutions including the World Bank, International Monetary Fund, Paris Club, but the focus of the international propaganda campaign was only on Chinese investment and debts.

The article added that they manipulate data in such a way that puts all the blame on CPEC, though the contribution of CPEC-related investment is only 5.6%, which they intentionally ignore.

The same reports are highlighted and propagated through different media channels. Innocent minds of Pakistanis are trapped through these reports. Common people cannot understand the economic terminologies and the complicated debt data.

Talking about another false slogan- the rolling back of Chinese investment, the article added that the disinformation campaign has accelerated following the Covid-19 outbreak.

The pandemic and its impact on the global economy and investment have provided a greater opportunity to manipulate data. Thus, it is necessary to understand the global dynamics before discussing CPEC.

Despite all odds and challenges amid the pandemic, China is not sitting back. While first half of 2020 saw some turbulence, later China recovered and accelerated its investment.

Pakistan being the host to CPEC, the flagship project of Beijing’s Belt and Road Initiative (BRI), got special focus. China started enhancing investment in CPEC and non-CPEC projects.

Further, the ML-1 railway project has also been finally agreed upon between the two countries and discussions are now at advanced stages.

The CPEC opponents are also trying to create confusion among the people about the slow speed of the projects.

The evidence show that the CPEC is going on at a good pace, rather the project has expanded over the past two years.

The setting up of the CPEC Authority gave a fresh impetus to the project with expansion in the areas of cooperation.

The M-4 motorway project was completed during that period. CPEC helped Pakistan to keep 40,000 of its workers engaged. Gwadar Port started functioning as a transit trade facility.

Pakistan and China also expanded cooperation under CPEC. First, social development was added to the basket and China committed more than $1 billion. The program will focus on skills development, healthcare, education, and job creation.

In 2020, two memorandums of understanding (MoUs) were signed in the fields of agriculture and science, and technology.

Besides, China offered to donate a date processing plant for Balochistan. The plant will play an important role in creating livelihood opportunities for the local people and enhancing export earnings for Pakistan.

Hence, the campaign against CPEC is unjustified and does not have any sound footing. It is suggested that the government should take immediate steps to improve communication about CPEC benefits for poverty reduction, industrialization and economic transformation.

The CPEC Authority is already working on it and it has improved the communication tremendously but there is a need to further accelerate the process.