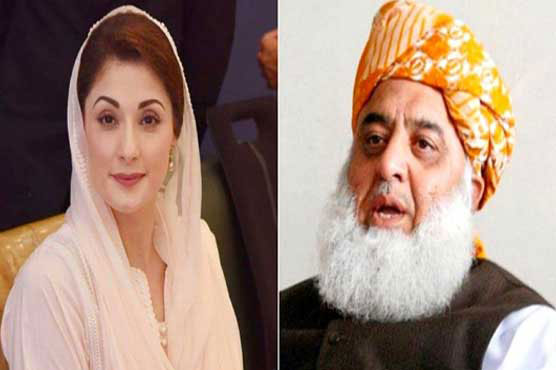 According to sources, discussion was held to formulate future strategy of anti-government campaign. They also discussed the agenda of PDM, as well as a message sent earlier today by the PML-N supremo Nawaz Sharif.

Earlier on Wednesday, JUI-F leader Fazlur Rehman and PML-N supremo Nawaz Sharif had a telephonic conversation to formulate a political strategy for the future.