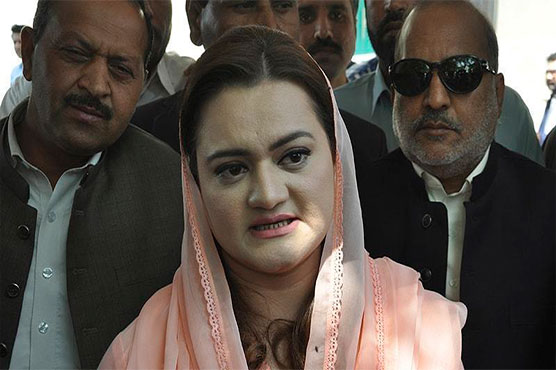 Releasing a copy of Pakistan Tehreek-e-Insaf (PTI) petition filed in the Islamabad High Court (IHC), Marriyum Aurangzeb said, “there is written evidence of your false claim”.

“I ask for open hearing or even on live television of the foreign funding case with all parties, including JUI-F of Fazlur Rehman, PPP, PML-N and PTI sitting there…,” he said while talking to media persons here at the Cadet College Wana.

The Prime Minister said the PTI was the pioneer of political fund-raising campaigns and had all the records of fund donations, including the names of 40,000 people.

He regretted that how the funds collected from the oversees Pakistanis, whose remittances were playing a major role in running the country, could be described as foreign funding.

The prime minister said he was thankful of the opposition for raising the issue of foreign funding as it would help clear the situation and the nation would know the reality of how the funds were raised.