CM said that practically, the position of opposition parties is zero.

LAHORE (Dunya News) – Chief Minister of Punjab (CM) Sardar Usman Buzdar on Monday has said that the opposition parties had tried to destroy national solidarity for the sake of their personal interests.

In a statement, the CM said that practically, the position of opposition parties is zero. The people of Pakistan are fed up of the negative politics being carried out by the leaders with dual faces, he added.

Earlier, the CM said that the government of Pakistan Tehreek-e-Insaf (PTI) faces no threat from opposition parties.

Unfortunately, Pakistan Democratic Movement (PDM) has neglected national interest; however, no one will be allowed to disrupt development of the country under the leadership of Prime Minister Imran Khan, he stated.

He further said that people voted for transparency instead of corruption in 2018 elections. The government will complete its constitutional term, he assured. 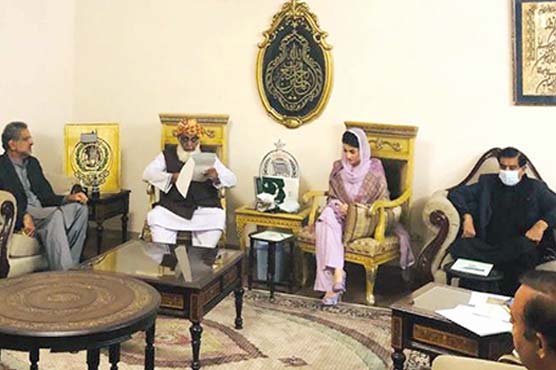