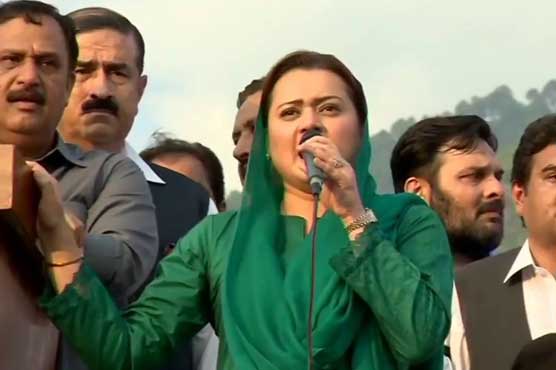 LAHORE (Dunya News) – Pakistan Muslim League-Nawaz (PML-N) spokesperson Marriyum Aurangzeb has said that PDM parties are coming to take a decision on foreign funding case from the Election Commission on January 19, and will sit with Maryam Nawaz until the decision is given in writing.

Talking to media in Lahore, she alleged that the PTI had admitted foreign funding. The Kashmir deal was struck in return for the same funding from India and Israel.

The League spokesperson said that selected, corrupt and incompetent people are imposed on the country. Those who cannot pick up garbage from Lahore are criticizing us.

Marriyum Aurangzeb said that when there is an elected Prime Minister, 14,000 megawatts of electricity is generated but when the selected one is brought, there is unemployment.

PML-N spokesperson said that the selected incompetent gang is about to go home, the days of prosperity are about to come in the country. After the long march, the selected gang will resign. The protest in-front of the Election Commission is for progress in the foreign funding case and for a written decision in the case.