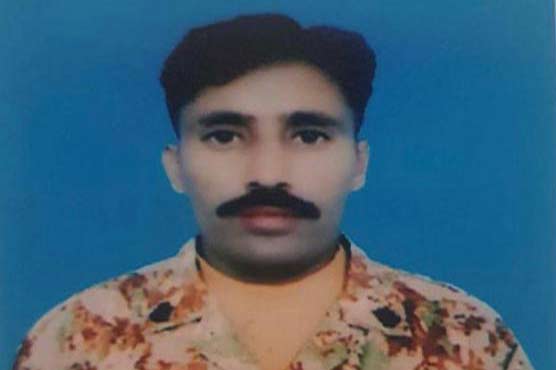 RAWALPINDI (Dunya News) - A 35-year-old soldier of Pakistan Army has embraced martyrdom as Indian troops committed an unprovoked ceasefire violation in Khui Ratta along the Line of Control (LoC).

Pakistan army has responded effectively and targeted those Indian posts which initiated fire.

In year 2020, 16 Indian quad-copters have been shot down by Pakistan Army.