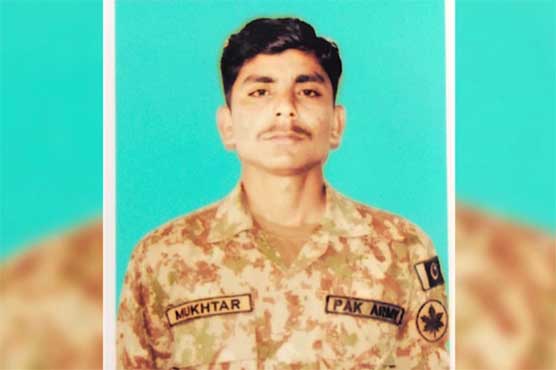 Sepoy Mukhtiar fought fearlessly and sacrificed his life for the protection of the country: ISPR

According to the Inter-Services Public Relations (ISPR), 22-year-old valiant Sepoy Mukhtiar fought fearlessly and sacrificed his life for the protection of the motherland.

Earlier, the Indian Charge d’affaires was summoned to the Ministry of Foreign Affairs to register Pakistan’s strong protest over ceasefire violations by the Indian occupation Forces along the LoC.

The Indian occupation forces along the LoC and the Working Boundary (WB) have been continuously targeting civilian populated areas with artillery fire, heavy-caliber mortars, and automatic weapons.

In 2020, the Indian occupation forces have carried out 3012 ceasefire violations to date, resulting in 28 shahadats and serious injuries to 253 innocent civilians.